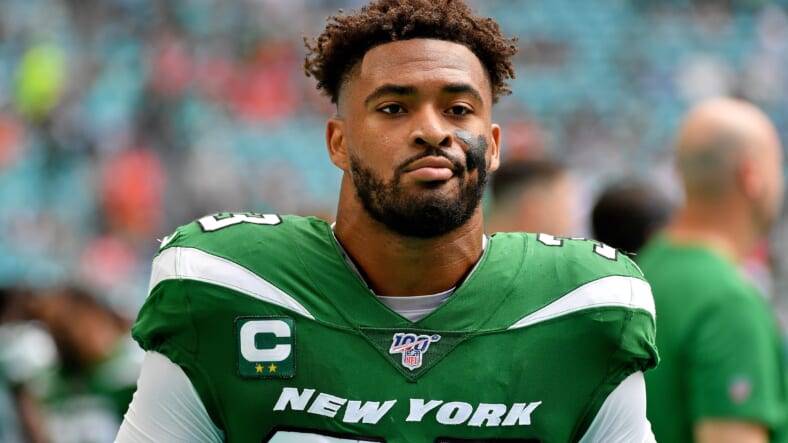 The New York Jets have won their second straight game and third game against the NFC East.

Sam Darnold led the way with three first-half passing TDs and a career-high four in the game. Le’Veon Bell also chipped in with a TD of his own. Darnold threw each of his TDs to different receivers with Daniel Brown, Ryan Griffin, Robby Anderson, and Jamison Crowder each reeling one in.

It wasn’t all roses for the Jets offense. Darnold threw one interception, it was easily avoidable, that led to a Redskins field goal. That was followed by Vyncint Smith fumbling on the following kickoff, which the Redskins did not capitalize on missing a 29-yard field goal.

The Jets held the Redskins backfield of Adrian Peterson and Derrius Guice to just 49. yards on the day. That was good for a paltry 3.1 yards per carry. Add in Dwayne Haskins five yards rushing and the Redskins had just 2.7 yards per carry. Jamal Adams led the way in the run game too, with three TFL. The Jets had eight TFL in the game, as Adams was joined by Burgess (two), Shepherd, Anderson, and Kyle Phillips.

Neville Hewitt returned to the lineup for the Jets today and made an immediate impact. He picked off a Haskins pass in the third quarter that led to the Lev Bell rushing TD.

The defense let their foot off the pedal in the fourth quarter allowing Haskins and the Redskins offense to put up garbage time stats, including two TDs. Prior to the fourth quarter, Haskins had just 95 yards passing. That’s a testament to the ability of the Jets pass rush and their stand in CBs Bless Austin and Arthur Maulet. Both Austin and Maulet played incredibly well in the game.

The Jets’ special teams had an up and down game. Smith fumbled a kickoff, and Sam Ficken missed a field goal and a PAT. Lac Edwards was up an down, bust mostly matched his fantastic season averages, he did have a touchback that could have been avoided. Lastly, Braxton Berrios performed well in the punt return game averaging 14.3 yards per return and generally setting the Jets up with good field position.

This was a good win for a Jets team that is desperate to win as many games as possible. Next week the Jets play host to the Oakland Raiders, who will be making a cross country trip to the Meadowlands.