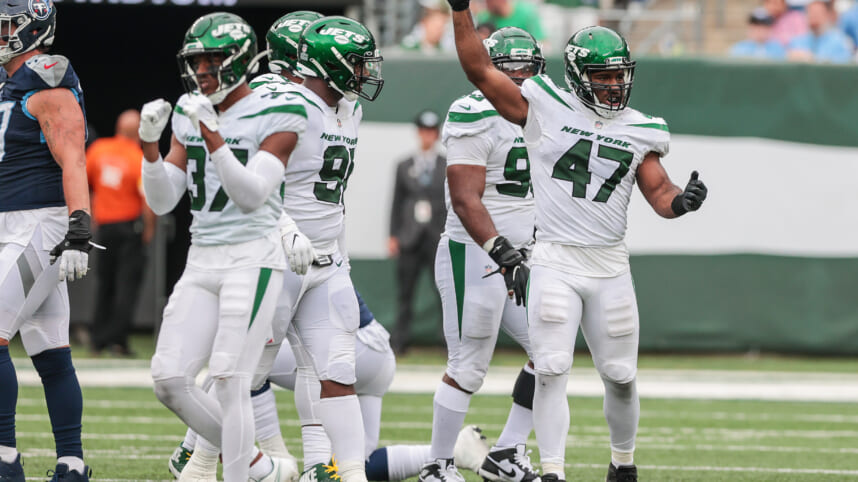 In Week 4, not only did New York Jets fans get an exhilarating road win but a wish most of the fan base had been calling for the first three weeks of the year. Young pass rusher Bryce Huff was finally not on the gameday inactive list.

Huff has been an interesting player to talk about since the offseason. At his position, the Jets had Carl Lawson coming back healthy. The team also went out and added Jacob Martin in free agency, re-signed long-time veteran Vinny Curry, and selected Jermaine Johnson and Micheal Clemons in the draft. It led to some speculation on a potential trade for Huff.

Huff also happened to get lost in the shuffle this summer. He did not play in the preseason until the final game. In that game, though, he was extremely active, rushing the passer, reminding everyone of his ability.

As a result, there ended up being no trade. The Jets saw Huff shine in the third preseason game and realized it would likely be a bad move to move on from a talented 24-year-old edge pass rusher. However, they still found no use for him in the first three games of this season.

Not only was it frustrating that the Jets kept Huff inactive on game day, but the pass rush was nonexistent and lacked some pure speed and bend on the outside, which Huff offers.

Huff delivers, reminds everyone of his ability in just first game:

The first time that Huff was up on a gameday in 2022 for the Jets, he showed what he can do.

Although it was just on nine snaps, Huff made as much of an impact as possible. Six of those snaps for Huff were passing plays. He generated an impressive total of three pressures. In conclusion, on half of his pass-rushing opportunities, Huff made an impact on the quarterback.

Two of his three pressures came on third down. He helped keep the quarterback in the pocket on the sack recorded by Quinnen Williams, nearly picking up half a sack for himself. On Lawson’s sack, Huff once again played a similar part on the edge closing in on the quarterback.

Plain and simple, Huff made an obvious impact right away in a limited role. Not only must he remain on the Jets’ active gameday roster, but he needs more snaps, particularly on likely passing downs. Huff can help this Jets defense build on its first good performance of this young season.