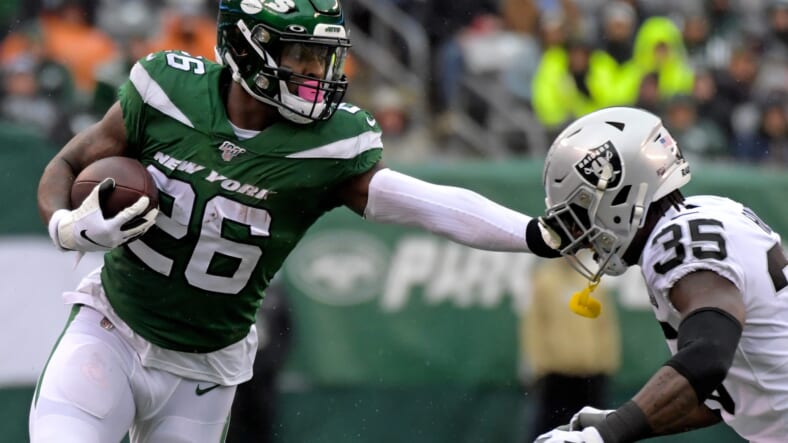 To commemorate the path to the draft, ESM counts down the greatest picks chosen in their respective positions. The penultimate installment deals with the Jets’ second pick of the draft, coming at No. 48…

It was hard to draw praise from Bear Bryant, but the notoriously stoic Alabama football coach called Stephenson “a man among children”. It took him little time to win starting duties with the Dolphins and he later became the anchor for a line that allowed the fewest sacks in football for six straight seasons. Stephenson’s career was cut short due to a devastating knee injury suffered in a 1987 tilt against the Jets, but he nonetheless earned Hall of Fame honors in 1998. Other honors include 1985’s NFL Man of the Year Award for his community service and the fact that Pro Football Focus bestows the Dwight Stephenson Award to the blocker they deem best, regardless of position.

Thanks to the antics of Jay Wright, we’re used to seeing Villanova athletes early in drafts…albeit on the basketball circuit. Long’s selection from the Division I-AA Wildcats was quickly well justified, as he went on to bring home eight Pro Bowl nods and the Super Bowl XVIII title, where he and the Raiders’ defense held the lauded Washington run game to 90 yards on 32 carries. After a brief acting career as an action film star (headlining the 1998 filmÂ Firestarter), Long made a name for himself as a part of Fox’s NFL coverage.

Butler accomplished plenty during a career spent entirely with the Packers. He missed just four games over his first ten seasons and reached four Pro Bowls. His most permanent legacy, however, is his status as the originator of the Lambeau Leap. Butler’s touchdown scored in a 1993 blowout win over the Raiders officially began the Packers’ 1990s heyday, clinching the first of six straight playoff trips. He would play a huge part in helping the Packers bring the Vince Lombardi Trophy back home to Wisconsin in 1997, earning a sack of Drew Bledsoe in the 35-21 triumph over the Patriots.

One of the longest-tenured members of the New England dynasty at the turn of the century was Light, who became one of Tom Brady’s most trusted protectors. He donned the Flying Elvis helmet for 11 seasons, reaching three Pro Bowls and winning three Super Bowls. Light had previously provided protection for another future Hall of Fame quarterback, Drew Brees, when the two shared time at Purdue.

The current Jets running back heard his name called during the darkest of times for rushers; despite going 48th overall, Bell was actually the second running back selected (Giovanni Bernard went to Cincinnati 11 picks prior). His ugly divorce with the Steelers notwithstanding, he made it a ridiculously worthwhile investment. In just five seasons, Bell placed himself among the ranks of Franco Harris and Jerome Bettis with 7,996 yards from scrimmage to go with 88 total touchdowns. He was able to play that into a four-year, $52.5 million deal with the Jets last offseason.