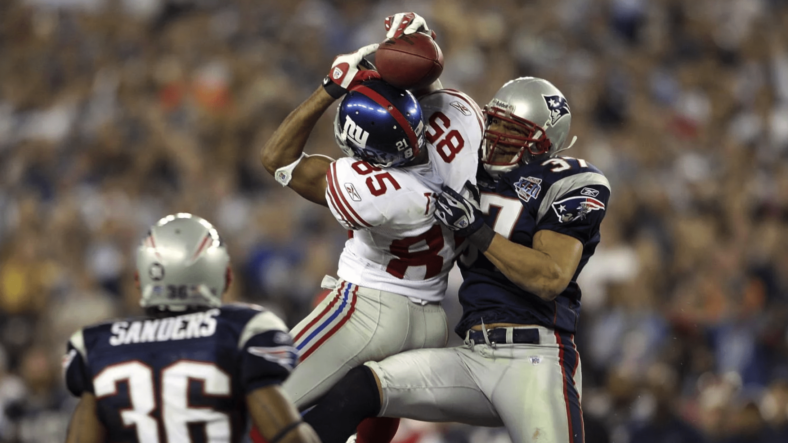 As draft day approaches, ESM looks back on the best players chosen in the New York Jets’ current draft slots.

To commemorate the path to the draft, ESM counts down the greatest picks chosen in their respective positions. We start with 211th pick, which is currently slated as the Jets’ final pick in the proceedings….

Torczon was an 18th round pick of the Browns, but is better known for his American Football League exploits. In fact, he spent four seasons with the Jets’ franchise, the first coming during their New York Titans incarnation. His most notable campaign came in 1961, when he made the inaugural AFL All-Star Game as a member of the Buffalo Bills.

Another defender that opted for the greener pastures of the AFL…namely those of the Jets. Gordon was in fact on the Jets’ roster for their historic victory in Super Bowl III. He tallied nine interceptions over five New York seasons, including two in the trek to Miami.

Runager partook in three Super Bowls, including one with the team that drafted him (the Eagles fell 27-10 to Oakland in Super Bowl XV). He moved onto San Francisco in 1984 and returned to the Big Game twice. These next two trips were far more profitable, as they respectively topped Miami and Cincinnati in the 19th and 23rd showdowns. He did, however, make an unwanted bit of NFL history when he was assessed an unsportsmanlike conduct penalty for flopping during a 1984 game against the Eagles. Tragically, Runager passed away in June 2017.

A Giants quarterbacks wearing No. 10 ending a seemingly unstoppable trek toward perfection? That’s Ken Graham, of course. The Ohio State alum would play five years over two stints with New York’s blue team. Graham made the 1972 Dolphins proud in December 1998. His 37-yard touchdown pass to Amani Toomer in the final gave Big Blue a 20-16 win over John Elway’s 13-0 squad from Denver.

Yet another perfection stopper, Tyree was originally chosen for his special teams prowess. The Livingston, NJ native and Montclair High School alum blocked six punts at Syracuse prior to his Giants selection. He later went on to reach the 2005 Pro Bowl as a specialist. Though never earning more than 19 catches in a season, he earned perhaps two of the biggest catches in Super Bowl history in the 42nd edition against the 18-0 New England Patriots. Prior to his renowned helmet catch, Tyree caught Eli Manning’s first scoring throw, a five-yard strike earlier in the fourth quarter.