New York Jets: Coining the 4 positions with the most depth 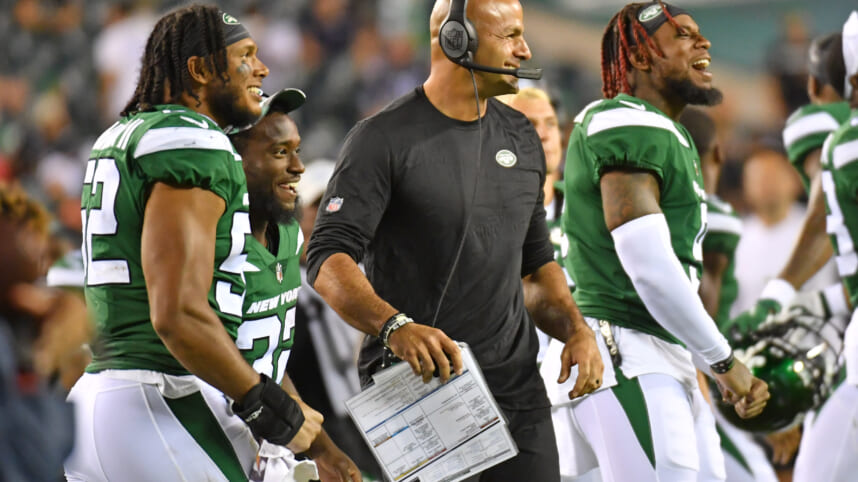 With the way injuries, unfortunately, occur to an NFL team throughout the season, having reliable depth is crucial. As the 2022 New York Jets approach final roster cuts for the regular season, they have a few position groups in particular with notable depth.

Joe Douglas has done a stellar job building up and rounding out the players making up each of these positions. Let’s take a look at where depth is currently a strength for the Jets.

The obvious place to start. Across the front line defensively on both the outside and inside, the Jets have more than enough depth to constantly rotate as they would like. Currently, it is fair to say the Jets have nine final 53-man roster locks along the defensive line. Those players are Quinnen Williams, Sheldon Rankins, and Solomon Thomas exclusively inside. The Jets have a few hybrids in John Franklin-Myers and Micheal Clemons. Lastly, four edge defenders in Carl Lawson, Jermaine Johnson, Jacob Martin, and Bryce Huff.

Even from there, the Jets have solid fringe players in Vinny Curry, Jabari Zuniga, Jonathan Marshall, Nathan Shepherd, and Tanzel Smart. The Jets will likely carry at least 10 and probably even an 11th defensive lineman. This position group should not be an issue in terms of depth all throughout the year.

For years, the Jets had starting offensive line groups that ranked near the bottom of football. Now, while the depth at tackle is hurting with recent injuries to Mekhi Becton, Conor McDermott, and Chuma Edoga, the starters and backups to the interior of the offensive front are in a great place.

Following a stellar three starters in Laken Tomlinson, Alijah Vera-Tucker, and Connor McGovern, Douglas has acquired Nate Herbig and Dan Feeney each of the last two offseasons. What’s nice about Herbig and Feeney is that they both offer positional versatility. In the past, Herbig and Feeney have both taken snaps at center and guard.

Experience is a plus as well. Herbig accumulated 1,377 snaps over his first three NFL seasons. Feeney has 62 career starts. To have Herbig as the fourth interior offensive linemen and Feeney as the fifth gives the Jets something to feel comfortable with.

The Jets’ three backups at cornerback are Bryce Hall, Brandin Echols, and Javelin Guidry in the slot, a trio to feel awfully good about. Douglas has done a terrific job finding value with the depth here as these three players were day three draft picks or undrafted free agents. All three are just 24 years old.

The three all have 650 NFL snaps under their belt. Throughout this summer, Hall has worked with the starting unit as Sauce Gardner gets up to speed and DJ Reed nurtures a hamstring.

Echols (4.36) and Guidry (4.29) have blazing speed. To have Echols as essentially the fourth outside corner is quite a great thing. Guidry can certainly be relied upon as Michael Carter’s backup inside.

Shockingly, the Jets not only have quality starting tight ends but likely a few tough decisions come final roster cuts. Tyler Conklin is set to be the lead tight end and CJ Uzomah the second. A one-two punch the Jets should be optimistic about throughout the entirety of the season.

From there, Jeremy Ruckert is a quality third player to have for the group. It will be worth noting if one of Trevon Wesco, Lawrence Cager, or Kenny Yeboah does enough to warrant a fourth tight end on the roster. Wesco has been with the Jets since 2019 and provides a physical presence with his size as a blocker. In Cager and Yeboah is youth, speed, and receiving ability.

The chances seem possible that one of the three does enough for the Jets to make the final 53. From top to bottom, the tight end position is finally one the Jets can count on.