New York Jets: A history of multiple first round picks 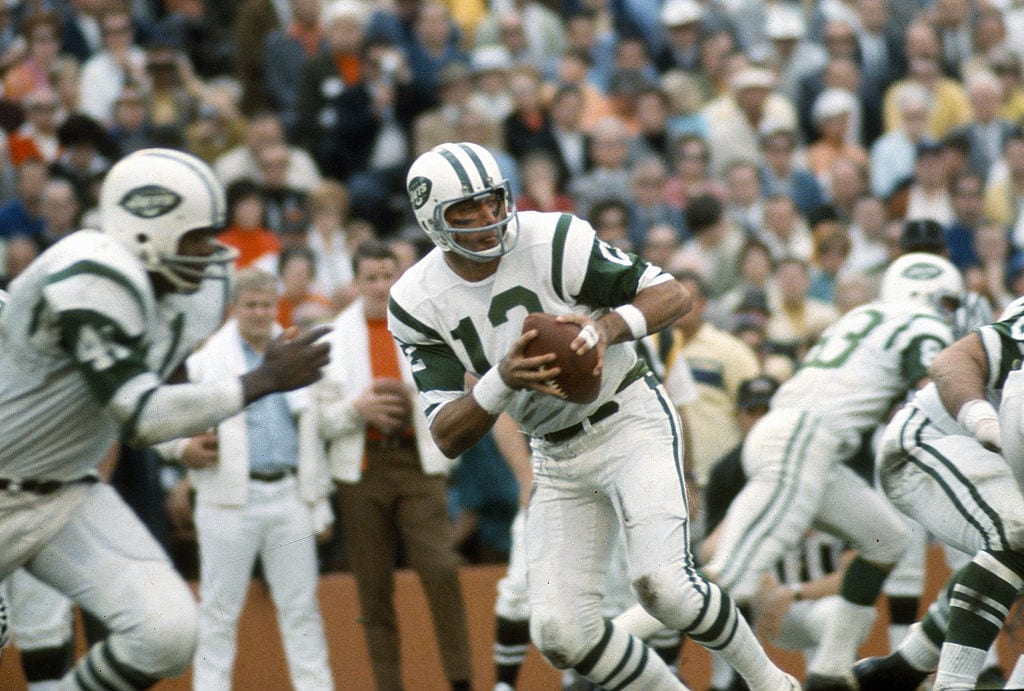 Barring any shocking trades, the New York Jets will have multiple first-round picks for the ninth time in franchise history.

For the ninth time in franchise history, the New York Jets fill out at least two draft cards during first-round action at the NFL Draft…barring any unforeseen developments, of course. New York holds the second overall pick in this year’s draft (one all but confirmed to be used on their next franchise quarterback), while they also hold the 23rd overall choice obtained from Seattle in last offseason’s Jamal Adams deal. The process is currently on pace to repeat itself next year.

How did the Jets and those picks of years gone by fare? ESM takes a trip down draft memory lane…

Namath was the subject of an AFL-NFL bidding war and was drafted by both leagues in November 1964. True to his larger-than-life form, Namath made some high-roller requests from his NFL employers, the St. Louis Cardinals (who chose him 12th overall). When the Cardinals made a request of their own (asking him to sign immediately, which would render Namath ineligible for the upcoming Orange Bowl against Texas), Namath turned them down and joined the Jets. He’d take his revenge against the NFL in the most iconic way possible, the legendary Super Bowl III triumph that changed the course of professional football.

The Jets had Denver’s pick in that same draft and took Nowatzke, a Big Ten rushing champion out of Bloomington. Nowatzke was the opposite of Namath, turning down the AFL to play in the NFL, chosen 11th by the Detroit Lions. He moved onto the Baltimore Colts, the Jets’ Super Bowl victims, in 1970 and wound up scoring the team’s lone touchdown in their Big Game triumph over Dallas two years after Namath’s guarantee.

Barkum quietly built one of the longest and successful receiving tenures in Jets history as both a receiver and a tight end. He reached a Pro Bowl in his second NFL season and stands as one of only four Jets to catch at least 40 touchdowns in green (Don Maynard, Wesley Walker, and Wayne Chrebet are the others). Barkum also ranks eighth in team history in career yardage (4,789) and ninth in receptions (326).

Taylor’s tenure wasn’t so prosperous. The consensus All-American lasted only two seasons in the NFL, opting to join the short-lived World Football League’s Detroit Wings after that.

Carter, another All-American nominee, had a strong start to his NFL career, earning four interceptions in his debut year. He notably earned AFC Defensive Player of the Week honors during Week 15 action in December through two sacks and an interception in a win over Buffalo. Alas, Carter never earned another NFL interception and lasted only four seasons in New York before partaking in two years with the Los Angeles Raiders to end his career. Making the Carter dropout all the more painful was the fact that Wilbur Marshall went to Chicago at No. 11. Marshall would join the Jets for his final season in 1995…after reaching three Pro Bowls and earning both a Super Bowl title and the NFC’s Defensive Player of the Year title.

Meanwhile, Faurot, acquired with a pick from New Orleans in exchange for former franchise quarterback Richard Todd, saw his career derailed by injuries and was released before the midway mark of his sophomore season.

It’s probably not officially draft day until the networks roll the clip of horrified Jets fans booing the choice of Brady, who was chosen three picks before Warren Sapp (and Sapp’s fellow future Pro Bowlers Mark Fields and Ruben Brown) with their regularly scheduled first-round choice. Brady was serviceable over a 13-year NFL career spent mostly with Jacksonville, but New Yorkers never got over the rejection of Sapp.

The Jets later used the 16th pick acquired from Arizona (for receiver Rob Moore) to take NAIA standout Douglas. He burst onto the scene with 10 sacks and Defensive Rookie of the Year honors, but the Jets nonetheless dealt him to Philadelphia in a process that netted them three picks after his sack total dropped to 4.5 by his third season. A separate deal with Pittsburgh made it four picks gained from the Douglas trade. That quartet eventually became Dorian Boose, Kevin Williams, Eric Bateman, and Casey Dailey…none of whom left a sizable New York impact. Douglas apparently took the deal personally and put up two All-Pro seasons in a different shade of green, notably leading the league in tackles for a loss twice.

The cost was great…namely losing future Super Bowl champions Bill Belichick and Keyshawn Johnson…but the Jets managed to get four consistent contributors that set them up for a solid decade. Ellis and Abraham united for 126 sacks with a green oval on their helmet, while Pennington took over the franchise quarterback role by 2002, working with a reliable red zone target in Becht.

Between 2000 and 2005 (when Abraham departed for Atlanta through a trade we’ll get to in a minute), the Jets earned four winning seasons and won a pair of playoff games. Ellis became a franchise staple through 2010 and reached two Pro Bowls as a Jet. On the other side of the ball, Pennington earned the league’s Comeback Player of the Year honor in 2006, helping the Jets get back to the playoffs after missing a majority of the prior campaign with an injury. When the Jets moved on from Pennington in 2008 in favor of Brett Favre, he dealt revenge in the most painful way possible: a division title with the Dolphins with the finishing touches dealt at Giants Stadium.

By far the most collaboratively productive of the multi-first round classes, Ferguson and Mangold became cornerstones of the Jets’ offense, paving the way for the consecutive visits to the AFC title game in 2010-11.

The idea of Jets fans booing D’Brickashaw Ferguson seems downright absurd today, but it was a reality upon his drafting in 2006. Supporters desperate to see USC legend Matt Leinart come out to the east coast gave Ferguson a not-so-friendly welcome, but the Freeport native was able to silence his doubters 160 consecutive starts, three Pro Bowls, and a single missed snap later.

Meanwhile, Mangold arrived through a trade that sent Abraham down south and more than made up for the defender’s departure. His blocking intensity was matched only by his personality, one that continues to show itself through appearances at local sports events, namely New York Rangers games at Madison Square Garden.

Blessed with another multi-pick first round two years later, the Jets again attempted to mine talent out of Columbus but came up horrendously short with Gholston. He was supposed to make a major difference in Rex Ryan’s 3-4 set, namely through his edge-rushing abilities. Gholston, unfortunately, failed to record a single sack over three seasons in green before he was unceremoniously released in 2011. Among the Pro Bowlers passed in favor of Gholston were Jerod Mayo, Ryan Clady (who played his final season with the Jets in 2016), and Jonathan Stewart.

A pick obtained from the Packers (sending over their second and fourth-round picks) was far more lucrative, even if his NFL time was unfortunately cut short. Keller was a reliable target and for four seasons before injuries took over his career.

After a rocky rookie season, Milliner seemed to have some momentum going into his sophomore campaign with three interceptions over his final pair of games. Alas, he became another victim of the injury bug and wound up playing only eight more NFL games over the next two seasons.

The Jets didn’t miss out on much between Milliner and their pick obtained from the Tampa Bay Buccaneers for Darelle Revis, with Chance Warmack, D.J. Fluker, and D.J Hayden going in that span. Richardson was the eventual honoree in the 13th slot and enjoyed some good gridiron memories before legal issues caused the Jets to seek out a trade. He narrowly beat out Buffalo’s Kiko Alonso for the Defensive Rookie of the Year award and also stands as the only defender in Jets history to earn two rushing scores (briefly lining up as a fullback in goal-line situations). Richardson was traded to Seattle in 2017 and is currently a free agent after wrapping up a two-year stint in Cleveland.