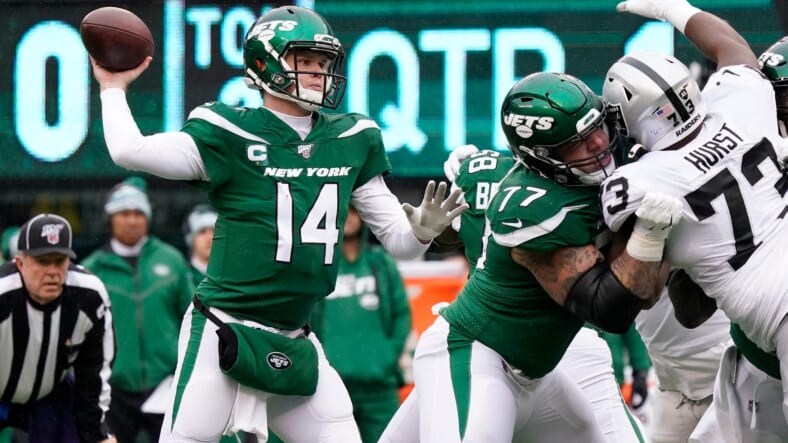 Head coach Jon Gruden is refusing to take the winless New York Jets lightly, as his reeling Las Vegas Raiders are set to visit on Sunday.

The New York Jets and the Las Vegas Raiders have played some classics dating back to their American Football League days. Sunday’s latest chapter probably won’t be one of the cross-country rivalry’s finest.

Visiting under their Las Vegas moniker for the first time, the Raiders are set to battle the Jets in Week 13 of NFL action (1 p.m. ET, CBS). The Jets (0-11) figure to be little more than a minor inconvenience as the Raiders (6-5) remain on the cusp of the AFC playoff picture. But Vegas will be forced to rebuild their playoff case as they enter December reeling from an embarrassing 43-6 defeat in Atlanta last weekend.

The brutal experience against the Falcons has caused Raiders head coach Jon Gruden to reiterate that his growing squad can’t take anyone lightly…even the winless Jets.

â€œIf you watch the Jets play (on Sunday), theyâ€™re a handful. They are going to be hard to move the ball on,” Gruden said after the Atlanta debacle, per Josh Dubow of The Associated Press. “This will be a fistfight, no doubt about it. I got a lot of respect for the way the Jets are competing.â€

The Jets fell by a 20-3 final to Miami on Sunday, but kept pace with a respectable defensive performance that saw them force two turnovers and four sacks. Three of the Jets’ last five losses have come by one possession.

Gruden has had his share of run-ins with the Jets, as Sunday will mark his seventh time facing Gang Green. He owns a 3-3 record in the set, including a 38-24 win during the 2001-02 AFC Wild Card playoffs, a victory that would become the last of his original Raiders tenure.

Perhaps the most impactful defeat in that ledger came last season. In their Oakland swan song, Gruden’s Raiders were in the midst of a surprising playoff push at 6-4 when they came to East Rutherford to battle the 3-7 Jets. But the team was forced to wake from their postseason dreams in the cruelest of fashions: through a 34-3 shellacking at the hands of their hosts. Sam Darnold tallied 315 yards and two touchdowns, while the defense held Oakland to 10 first downs. It more or less sent the Raiders into a tailspin, as they lost four of their final five games to miss out on the final AFC wild card by two games. To date, it’s the last time the Jets have scored at least 30 points in a game. 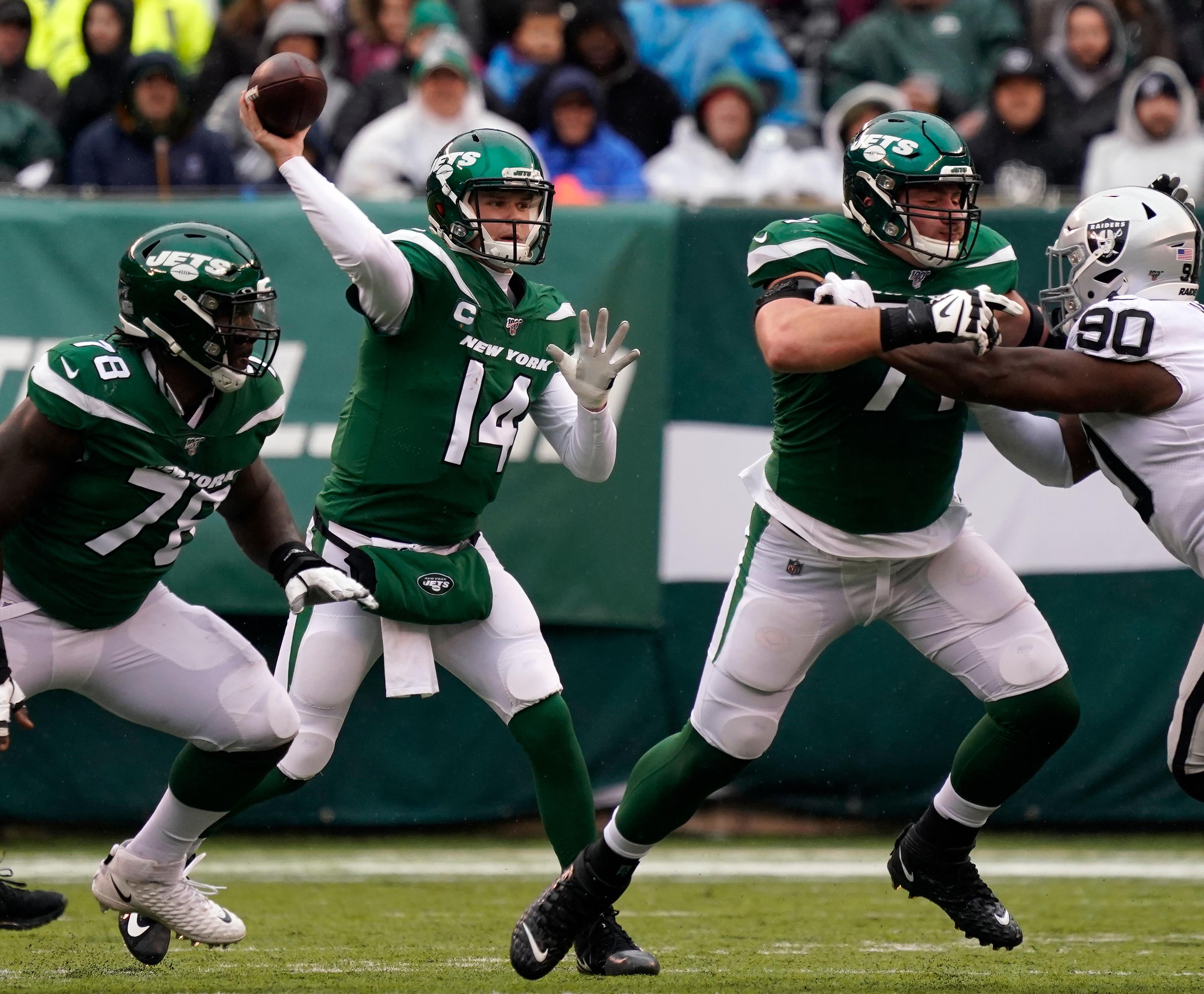 Asked in the immediate aftermath about the positives gained in that visit to East Rutherford, Gruden could only smirk and declare “the sun came up today”.

The modern Raiders now have a sense of deja vu, having started last season 6-4 as well before a blowout loss on the road brought them back to earth. Gruden wasn’t interested in comparing this year’s team to last in any way, shape, or form going into their Atlanta visit.

So far, that doesn’t appear to be the case from an outsider’s point of view. The Jets, despite their dire predicament, have made it clear that they have no interest in a quest for a goose egg in the win column that would undoubtedly secure them the top overall pick in next spring’s draft. They’ll be looking for some offensive traction as they go into their final five games to avoid complete infamy.

“Our defense is playing well enough for us to win, so we’ve got to get it together as an offense score some points,” guard Greg Van Roten said, per Max Goodman of Sports Illustrated. “Our offense just needs to pick it up. We’ve got to get in the red zone. We’ve got to be more efficient on third downs. We have to score touchdowns.”