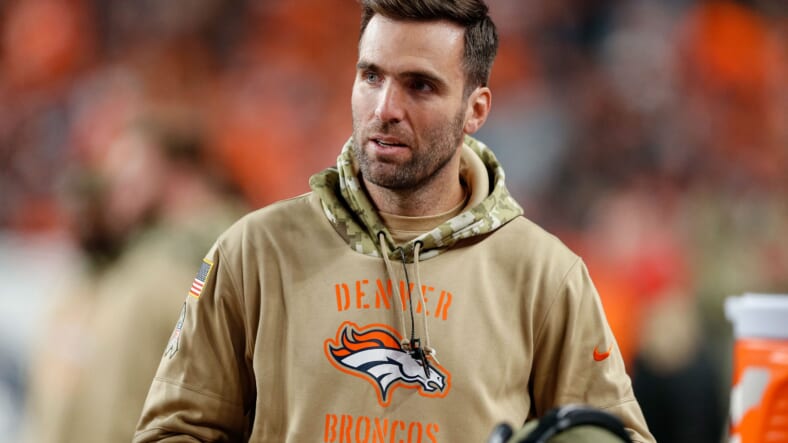 Joe Flacco’s first time in a New York Jets gameday uniform will come against one of his former teams on Thursday night.

While Thursday night’s primetime matchup between the New York Jets and Denver Broncos (8:20 p.m. ET, NFL Network) may lack that championship feeling, but Super Bowl flair will be on display on the home team’s sideline.

For the first time in his New York career, former Super Bowl MVP Joe Flacco will dress for the Jets and serve as Sam Darnold’s backup. Flacco was sidelined by a neck injury for nearly a full year but was signed by the Jets in May.

A native of Audubon, NJ, Flacco is set to enter his 13th NFL season. Flacco is best known for his 11-year tenure with the Baltimore Ravens, where he sits atop nearly every statistical list in the team’s passing record book. He helped guide the Ravens to their second Super Bowl in 2013, capturing MVP honors in the team’s 34-31 win over San Francisco.

Making his Jets debut against Denver carries a hint of Flacco irony. After Baltimore made the switch to Lamar Jackson at quarterback, he was signed by the Broncos to serve as a placeholder quarterback to 2019 first-round choice Drew Lock. Flacco started eight games in orange, throwing for 1,822 yards and six touchdowns before sustaining the aforementioned neck injury in an October loss to Indianapolis. Denver released Flacco last March, sticking with Lock, Jeff Driskel, and Brett Rypien on their quarterback depth chart. Rypien is set to make his first NFL start on Thursday with Lock injured.

The Jets (0-3) will still be without top receiving option Breshard Perriman, who will miss his second straight game with an ankle injury. Others on the New York inactive list include Jordan Willis, Marqui Christian, Quincy Wilson, and Nathan Shepard, as well as rookies Ashtyn Davis and James Morgan.