Jets may have dodged a huge injury bullet with Zach Wilson 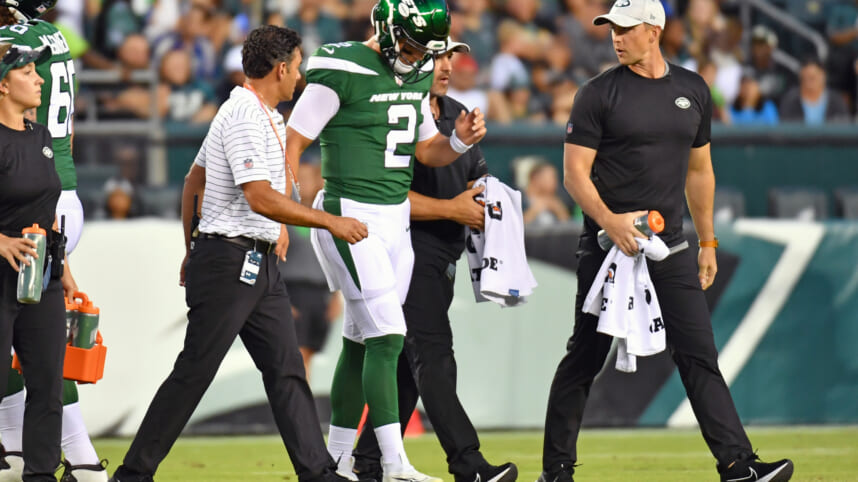 Following Zach Wilson’s non-contact leg injury in just the second drive of the first preseason game, it looked like the 2022 season for the New York Jets could be in doubt.

Initially, the worst was to be expected. After the game, there was some encouraging news provided by head coach Robert Saleh. He stated that it seemed like Wilson’s ACL was intact but smartly chose not to confirm anything until the MRI.

Earlier today, some more updates on the specifics and severity of Wilson’s injury were provided. The first big bit of news came from Jeff Howe, who is an insider for The Athletic. He reported that Wilson’s injury was a bone bruise and that the ligaments were good. Still, more tests were on the way for a potential meniscus injury which would figure out the timeline for a Wilson return.

Shortly after, Brian Costello of the New York Post provided more information. He stated that Wilson has a bone bruise and meniscus tear. Costello said the meniscus does not need a full repair. As a result, it would likely lead to a 2-4 week recovery.

Costello followed up by saying that the update was the belief but a second opinion was still coming. It could lead to something different. But at the moment, it looks to be good for Wilson.

Adam Schefter of ESPN stated that Wilson will have arthroscopic surgery to take care of his injury. He finished saying the Jets feel fortunate with the update.

Per Zack Rosenblatt of The Athletic, the Jets remain optimistic. More news on the extent of the injury and when Wilson can return should be on the way.