Is the New York Jets defense close to taking the next step? 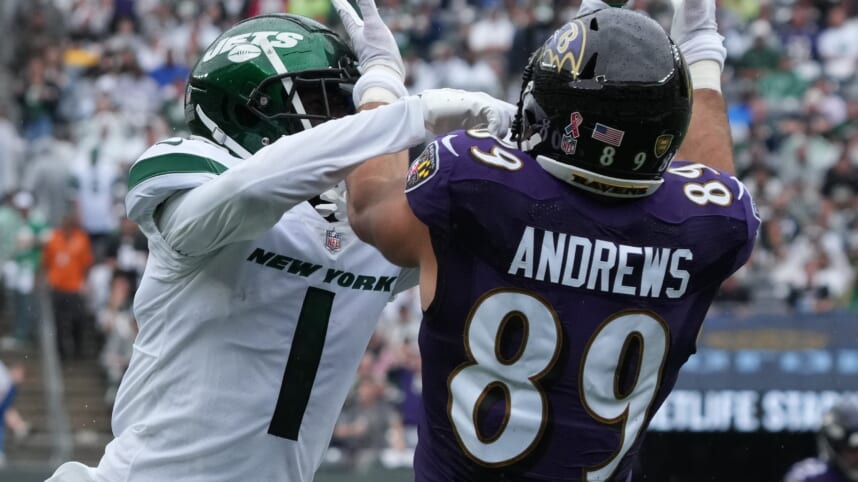 In 2021, the New York Jets defense had a rough go of it. In the first year of being led by Robert Saleh and Jeff Ulbrich, the unit comfortably ranked last in football.

It led to some wholesale changes in personnel this offseason. In both free agency and the draft, the Jets went out and were active in acquiring talent.

The prime additions to the unit were Sauce Gardner, Jermaine Johnson, DJ Reed, and Jordan Whitehead. Some of the other new players brought in this offseason were Jacob Martin, Micheal Clemons, Kwon Alexander, and Solomon Thomas. You could also throw in Carl Lawson, considering he just played his first game as a Jet on Sunday.

Pair up all of the talent just mentioned with the core that was already in place, Quinnen Williams, John Franklin-Myers, C.J. Mosley, Michael Carter II, Bryce Huff, and Quincy Williams, and while there are still a select few weaknesses, this group is significantly better on paper.

New York Jets’ defense gets off to solid start in 2022:

In year two of the scheme under Saleh and Ulbrich, with much-improved talent, the Jets defense needs to have a productive 2022.

In Week 1, they got off to a good start.

While they broke down in the third quarter allowing two touchdowns highlighted by one chunk play, a 55-yard touchdown, the Jets’ defense battled.

One of if not the biggest concerns for the Jets across the roster entering 2022 was the run defense. Even competing against a dynamic rushing attack, the Jets held the Baltimore Ravens to 63 yards (3 per carry). The Ravens did not record a run longer than 10 yards.

In the passing game, the Jets’ new-look cornerback trio had a fast start. Effective coverage and plays on the ball were made by Gardner, Reed, and Carter II when they were needed. Lastly, in the secondary, Whitehead got off to a sound start as well. He made his presence felt against the run and made one good play roaming near the box, breaking up a third-down pass proving his physicality.

Aside from the free safety position, it is fair to be optimistic about the rest of the players the Jets have currently in their back seven.

On the defensive line, quality performances were put together by Williams, Franklin-Myers, and Johnson to start the year. Moving forward, however, more of an impact has to be made by the rest of the deep front.

Overall, the pass rush needed to be more efficient in generating pressure in Week 1. The talent is there for it to happen. Between Lawson, Martin, Huff, Clemons, and others, more dominance in getting after the quarterback can ensure that the Jets’ defense will be much better in 2022.

Following a disastrous 2021, despite the loss, the Jets’ defense had an encouraging start to 2022 in which they indicated progress. They held the Ravens to 24 points and 274 total yards, which ranked eighth in football for Week 1. If this pass rush comes along, the chance is there for the Jets’ defense to take a massive jump from its ranking of 32 from a year ago.