How Good has the New York Jets Defense Been? 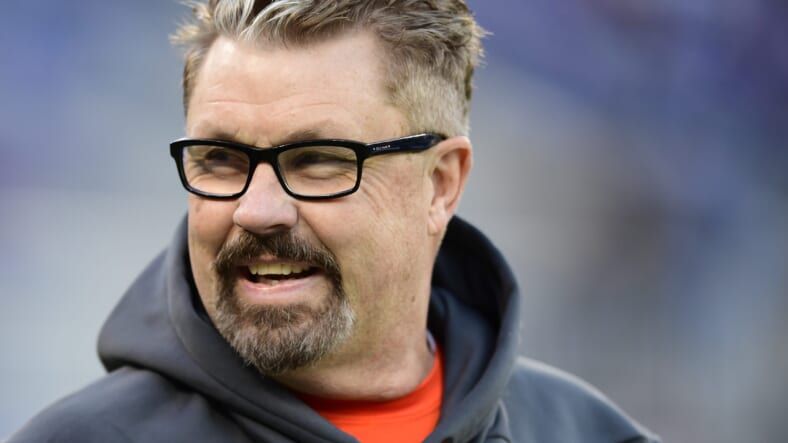 Don’t let the Jets scoring defense fool you. This team’s defense is among the best in the NFL.

The New York Jets are 20th in the NFL in points allowed per game with 23.5. If you just looked at that stat you would think the Jets had a below average defense. They aren’t stopping the other team from scoring so they must not be that good, that’s what many fans think of the Jets defense.

That’s simply not the case. The Jets have one of the elite defenses in the league. After holding a potent Raiders offense to just three points on Sunday they should the league how good they can be.

They now rank fifth in the NFL in total defense DVOA, 17th in passing defense DVOA, and second in run defense DVOA. Those are incredible numbers, especially that passing defense. The Jets starting CBs right now are rookie sixth-round pic Bless Austin and undrafted 3rd-year Arthur Maulet. The two of them, along with slot CB Brian Poole, held the Raiders to under 150 yards of passing offense. The Raiders came into the game last week with the seventh-best passing offense DVOA.

This was not a bottom of the barrel passing attack, this was one of the best in the NFL and the Jets shut it down. Jets defensive coordinator Gregg Williams deserves a world of credit for the work he’s put in this season. He has taken a battered and bruised defense to the top of the league.

This Jets defense traded Leonard Williams, hasn’t had either of their starting LBers for all but one game this season, is down to practice squad players at CB, and doesn’t have an edge rusher with more than five sacks this year. Gregg Williams doesn’t care about any of that. He has whipped this defense into shape no matter what the obstacle is.

So why are the Jets allowing so many points? They have the worst average starting field position in the NFL by a wide margin. Teams don’t need to move the ball that well at all to score points against them. The sad fact is that the Jets offense has been so bad that it puts their defense in a position to fail.

Yet, each and every week they go out and play at a high level. It truly is a testament to the work that Gregg Williams has done this season. It’s absolutely unbelievable that the Jets have a top-5 defense in the NFL, yet here we are.

It’s entirely possible that Gregg Williams will win the NFL’s coordinator of the year award. If he does it’s likely that he will find a head coaching job next season. The award has only existed since 2014, but four of the five winners of the ward went on to get head coach jobs in the next season. The only one who didn’t was Wade Phillips who had multiple failed head coaching runs already.

Hopefully, Gregg Williams is here next year to help lead the New York Jets defense into the future.Â  He’s certainly earned the right to do so.