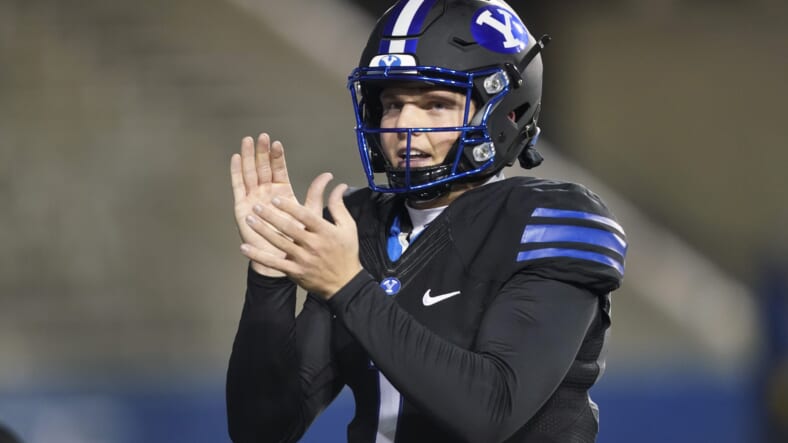 The next generation of New York Jets football can officially begin, as Zach Wilson has reportedly signed his rookie contract.

Gang Green has coughed up the green.

Per Adam Schefter of ESPN, the New York Jets have agreed to terms of a rookie contract with second overall pick Zach Wilson. Schefter’s report reveals that the BYU alum will receive a fully guaranteed four-year deal at $35.1 million, which includes a $22.9 million signing bonus.

Wilson is expected to partake in the Jets’ Friday activities after missing the first two sessions, leaving his primary passing duties to Mike White and James Morgan. His Instagram story hinted that he was still in his home state of California during the holdout, but Schefter said that Wilson arrived in New Jersey today, having taken a red eye flight from Los Angeles.

The holdup in Wilson’s New York arrival was reportedly due to language in his contract, namely in offsets that would soothe New York’s financial blow if he was released prior to the deal’s expiration. Under this deal, Wilson will receive his signing bonus within 15 days, while the Jets get their desired offsets.

With Wilson’s signing, every first-round pick from the 2021 NFL Draft has been signed.

During his absence, Wilson remained a topic of conversation as the Jets convened for camp. While head coach Robert Saleh regularly expressed faith that general manager Joe Douglas would facilitate a deal, he stressed how important the lost training camp reps would be for Wilson.

“It’s more of a concern for the kid. Every rep is important. So my concern is that it’s two days (off) too many already for him,” Saleh said in video from SNY. “This young man’s got a chance to do something special around here that hasn’t been done in a while and every rep matters for him.”