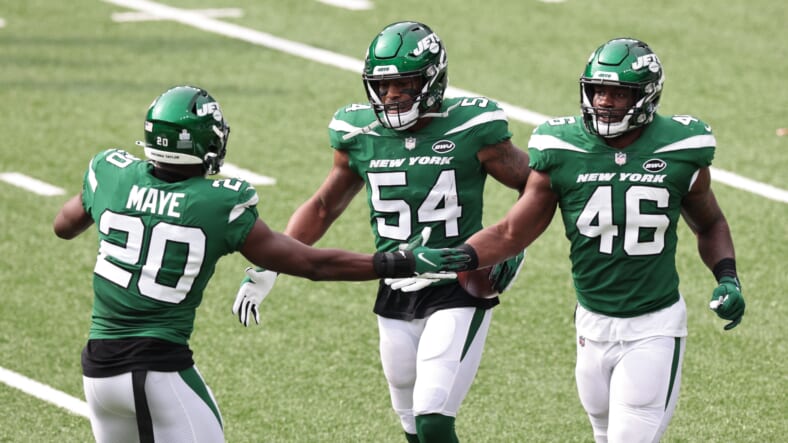 The veteran linebacker has been dealt from the winless New York Jets to the undefeated Steelers after two-plus seasons in green.

Reports have dictated that the New York Jets will be trading linebacker Avery Williamson to the Pittsburgh Steelers and their seventh-round pick in the 2022 draft in exchange for a fifth-round choice that same year. Manish Mehta of the New York Daily News first reported the transaction, while Ian Rapoport of NFL Network confirmed it.

Williamson, 28, was in the midst of his third season with New York, joining the team on a three-year, $22.5 million contract signed during the 2018 offseason, which included $16 million guaranteed. He would later earn a team-best 120 tackles during his debut season, as well as six pass breakups and a pair of forced fumbles. In his most notable game in green, Williamson earned five tackles, three pass breakups, and an interception during the Jets’ 42-34 win over Indianapolis.

The middle season of that deal was cut drastically short due to injury, as Williamson was lost for the season after tearing his ACL during a preseason game in Atlanta. He returned to action this season, posting 59 tackles over seven games, including a team-best nine in their 35-9 loss to Kansas City on Sunday afternoon. Williams previously earned another interception in another loss to Arizona back on October 11.

Being in the final year of his deal made Williamson prime trade bait with the league deadline approaching at 4 p.m. ET on Tuesday. The Jets have dealt with problems in the interior linebacker spots with Blake Cashman dealing with another injury, forcing Neville Hewitt and Harvey Langi to step up. According to Over The Cap, the trade of Williamson will save them just over $2.9 million in 2020 cap space. New York is now armed with nine picks in the 2022 draft, including two in the first (the extra coming from Seattle in the trade for Jamal Adams) and three in the sixth (with the incoming choices from Tampa Bay and San Francisco for Steve McLendon and Jordan Willis respectively).