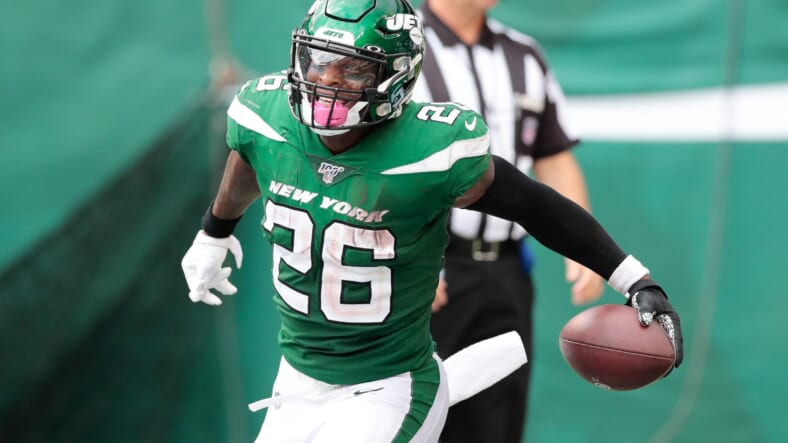 The New York Jets released the former star running back less than two years into a four-year, $52.5 million contract.

The New York Jets have released running back Le’Veon Bell, the team confirmed on Tuesday night. Bell’s Jets career ends less than two years into a four-year contract ink during the 2019 offseason.

“After having conversations with Le’Veon and his agent and exploring potential trade options over the past couple of day, we have made the decision to release Le’Veon,” Jets general manager Joe Douglas said in a statement. “The Jets organization appreciates Le’Veon’s efforts during his time here and we know he worked hard to make significant contributions to this team. We believe this decision is in the best interests of both parties and wish him future success.”

Bell’s Jets career ends after just 17 games that saw him tally 863 rushing yards and four total touchdowns. He joined the Jets on a deal worth $52.5 million after an illustrious five-year career in Pittsburgh, one that saw him put up 5,336 yards over five seasons. Bell sat out the entire 2018 season after long-term contract talks between him and the Steelers broke down.

Bell’s relationship with head coach Adam Gase was a point of contention during his brief time in New York. Gase’s usage of the running back was constantly called into question, as Bell’s 245 carries were his lowest tally since his rookie season. His 789 yards and three scores were also full-season lows for the former Michigan State Spartan.

Upon Bell’s release, Frank Gore and rookie La’Mical Perine are the active returnees on the Jets’ roster. The team has also promoted free agent signee Ty Johnson to their active 53-man unit. Johnson, a former Detroit Lions’ draft pick, was signed on October 2.

The Jets return to action on Sunday afternoon against the Miami Dolphins (4:05 p.m. ET, CBS).