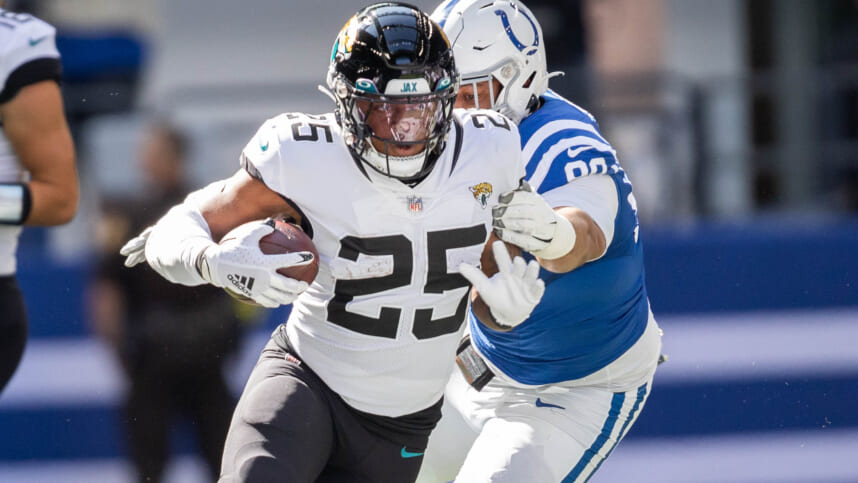 Joe Douglas did not wait long. Hours after it was officially announced that New York Jets lost their incredible rookie running back, Breece Hall, to a season-ending ACL injury, it was just reported that the Jets traded for James Robinson.

Per reports, in terms of the trade compensation, the Jets gave up a sixth-round draft pick that can become a fifth-rounder.

With coming to know how Douglas operates, it is no surprise that he was as aggressive as he was to make a move this fast. The Jets were already in a good place at running back with Michael Carter and Ty Johnson, a third player had to be added to the group, though with the loss of Hall.

Robinson had spent his entire career since 2020 with the Jacksonville Jaguars as an undrafted free agent. That year, as a rookie, on a 1-15 football team, Robinson eclipsed 1,000 yards rushing for 1,070, to be exact, on 240 carries. In that 2020 season, he averaged 4.5 yards per carry and had seven rushing touchdowns. As a receiver, he had 49 catches, 344 yards, and three touchdowns.

In his second year, in 2021, his rushing yards may have gone down to 767. However, it came as a result of way fewer carries. He only had 164 rushing attempts. Robinson saw his yards per rush increase from 4.5 to 4.7 in year two. His rushing touchdown total also went up one from seven to eight. As a pass-catcher in 2021, Robinson had 31 catches for 222 yards.

This year, with a healthy Travis Etienne, Robinson saw his rep count drop. In seven games, he totaled just 81 carries and had just nine catches for 46 yards. That said, he still accumulated 340 yards rushing (4.2 per carry) and had three scores on the ground.

Ultimately, the Jets are getting a talented runner and receiver with some size and impressive recent production. While Hall is a huge loss, having Robinson alongside Carter gives the Jets a quality one-two punch to keep it going after this awesome 5-2 start.