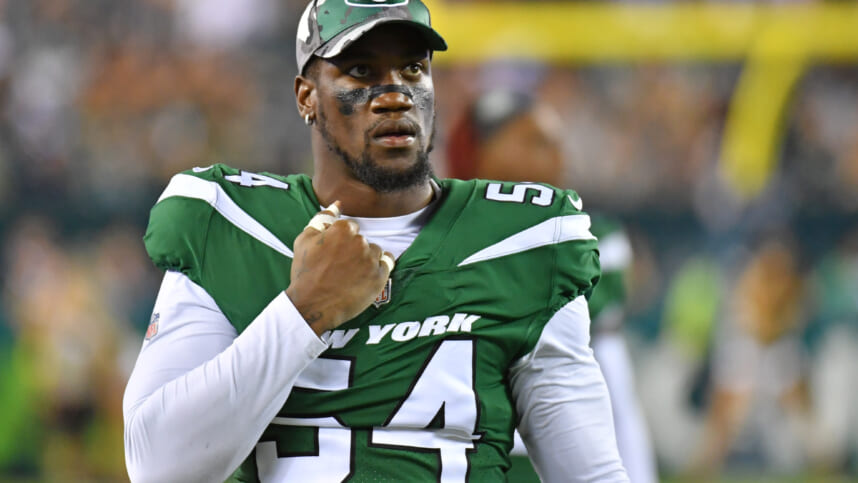 Shortly before the trade deadline hit, the New York Jets made a move. The team moved on from free agent signing earlier this year in edge defender, Jacob Martin sending him to the Denver Broncos.

There had been some buzz over the last week or two that Martin could be had. He signed with the Jets on a three-year contract worth $13.5 million in free agency. In the deal, Martin got a fully guaranteed amount of $6 million.

He is still only 26 years old, but Martin was owed a guaranteed $1 million in 2023 with a cap hit that increased to over $6 million. Now, he only accounts for $2.31 million in dead money against the Jets’ cap next year. With the Jets having loads of depth at defensive end in Carl Lawson, John Franklin-Myers, Bryce Huff, Jermaine Johnson, and Micheal Clemons, the move here makes sense.

Martin did have a four-sack season with the Houston Texans in 2021 before signing with the Jets. However, in his eight games played with the team this year, he was a disappointment, making the trade here that much more logical from the Jets’ standpoint.

What the Jets got in return for Jacob Martin:

With the success that Bryce Huff has had, who offers similar traits to Martin while being younger, the Jets now free up some space to retain him in the future. Lastly, the Jets were so deep at the defensive end position that Jermaine Johnson was inactive for the last game. Dealing Martin was, in the end, a good move for the Jets.