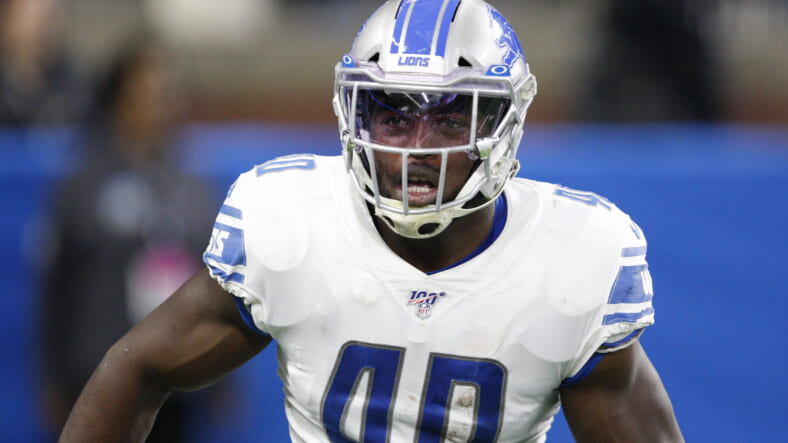 Davis, a former first-round pick in Detroit, has reportedly joined the New York Jets on a one-year deal worth $7 million.

The Jets are on the board! They have agreed to terms with former Lions LB Jarrad Davis, according to a source (and as @RapSheet reported). The former first-round pick gets a one-year, $7M contract.

Per Ralph Vacchiano of SNY, the New York Jets have agreed to a one-year deal with linebacker Jarrad Davis, formerly of the Detroit Lions. The deal is reportedly worth $7 million. Davis, chosen 21st in the 2017 draft, earned 305 tackles, including 10.5 sacks over four years in the Motor City.

Davis, a 26-year-old Florida alum, never reached his first-billing with the Lions, but some felt that he was not properly utilized in Detroit. His experience under a 4-3 defense in Gainesville will help under the transition under Robert Saleh, who ran the format in San Francisco. Davis would often play the Mike under then-co-defensive coordinators Geoff Collins and Randy Shannon, earning 17 tackles for a loss over his latter two seasons at a Gator.

Davis’ best season in Detroit came in 2018, when he earned 100 tackles (10 for a loss), six sacks, and a fumble recovery. He earned 46 tackles over 14 games this past season, briefly spending time on the COVID-19 list. Davis was also named to the Pro Football Writers Association’s All-Rookie team at the end of his rookie campaign the year before (96 tackles and an interception).

The addition of Davis helps the Jets shore up their linebacker corps. Separate, respective reports from Vacchiano and Connor Hughes indicate that team likely won’t retain Tarell Basham and Harvey Langi. Another report from NFL Network’s Tom Pellissero has also claimed that the Jets have received calls on C.J. Mosley, who has been limited to two games in a five-year, $85 million contract. Other linebackers potentially on the market for the Jets include Jordan Jenkins, Neville Hewitt, Frankie Luvu, Patrick Onwuasor, and Bryce Hager.

Davis joins Vyncint Smith and Marcus Maye in terms of the 2021 transactions thus far. The former was re-signed on Sunday while Maye was franchise tagged earlier this month.