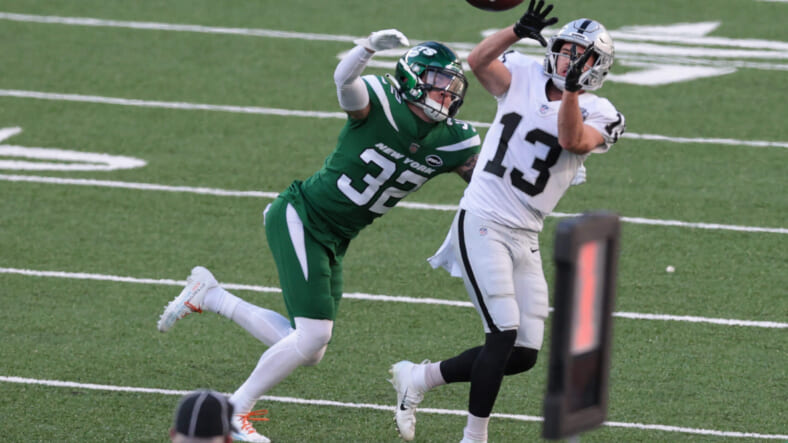 A pair of secondary defenders returned to New York Jets practice on Wednesday and a top receiver may finally be ready for Sunday.

The 2021 New York Jets might finally be catching a break…and even that doesn’t come without an asterisk.

The team announced on Wednesday that injured safeties Ashtyn Davis and Sharrod Neasman returned to practice after spending most of September on injured reserve. Head coach Robert Saleh also announced that the team is “expecting” receiver Jamison Crowder to be ready for Week 4’s home contest against the Tennessee Titans (1 p.m. ET, CBS). The return of these secondary defenders comes as NFL Network’s Ian Rapoport has reported that Marcus Maye is set to miss multiple games with an ankle injury.

Davis was projected to be one of the starting safeties next to Maye but was placed on IR after dealing with lingering issues from a foot injury that cut his rookie season short. Head coach Robert Saleh sang the sophomore’s praises during his availability on Wednesday, referring to him as an “interchangeable” secondary piece as both a post safety and working with Maye closer to the line of scrimmage, per notes from the Jets.

Saleh said that his former employers in San Francisco thought highly of Davis during the virtual draft in 2020, where he was eventually chosen by the Jets in the third round. The Cal-Berkeley alum earned 36 tackles and a fumble recovery over ten games in his freshman campaign.

“We thought he had great red line-to-red line speed, heâ€™s very smart, his speed shows up on tape,” Saleh said. “Heâ€™s a grinder, heâ€™s a hard hitter…Watching him in all of his individual work throughout working with the strength crew and rehab since heâ€™s been on IR, his movement looks fantastic so weâ€™re just excited to see what he does here over the next week.”

Neasman joined the Jets in June, staging a reunion with current Jets defensive coordinator and former Falcons defensive coach Jeff Ulbrich. With five years in Atlanta under his belt, he’ll give the Jets some veteran support as they’ve mostly worked with Colbert, a well-traveled defender plucked off New England’s final cuts earlier this month.

In terms of seeing Davis and Neasman against the Titans, Saleh merely replied that the team will “see how the week goes”. He provided a more concrete answer about the status of Jamison Crowder, as Saleh says the team is “expecting” the top receiver over the last two seasons to return to game action after a bout with COVID-19.

The Jets’ receiving depth chart took a bit of a hit as both Elijah Moore and Jeff Smith are dealing with concussions. Moore was injured during the latter stages of the Jets’ 26-0 loss to Denver on Sunday while Smith did not appear in Wednesday’s proceedings after he was involved in a car accident on his way to the facility. Smith was examined and diagnosed upon his arrival.