A history of New York Jets’ Football on Thanksgiving Day 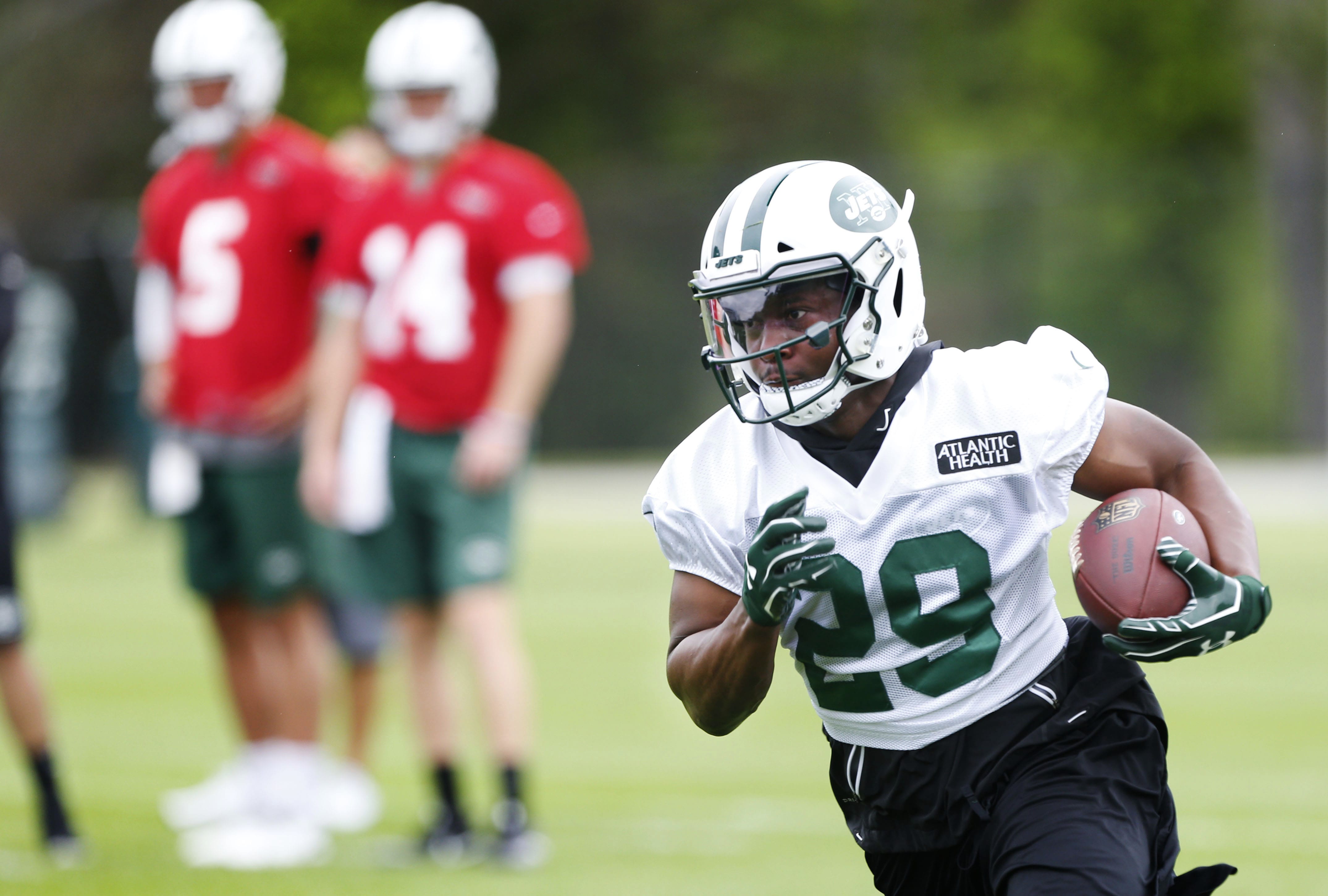 The Jets may not be playing on Thankgiving this year, but they have a robust history of Thanksgiving games.

The Jets haven’t played on Thanksgiving since 2012, a game that will live in infamy. The only player left on the roster from that game is Bilal Powell.

The Jets Thanksgiving history is a mixed bag, but it hasn’t been good recently. Most Jets fans likely want to forget their most recent Thanksgiving game ever happened, but we’ll get to that.

Despite the age of the game, this was similar to a modern NFL showdown. The two teams engaged in a shootout for the ages.

The Texans were led by RB Abner Hayes who had a massive day. Hayes rushed for 157 yards and two TDs. He did everything in his power to give the Texans a chance in this game.

The Titans, however, were led by Al Dorow and a deadly passing attack. Dorow threw for 301 yards and two TDs. Hall of Fame WR Don Maynard put up 179 yards and one TD. He was joined by all-AFL WR Art Powell who put up 110 yards and a TD of his own.

Despite the score this wasn’t a close game. The Titans held a 34-13 lead and the game didn’t get within one score until the final minute of the game. The Titans offense put on a show in the Jets’ first ever Thanksgiving day showing.

The Thanksgiving game in 1961 was much more defensive. The Titans and Bills locked horns in a mostly boring game.

The Bills weren’t led by anyone. They didn’t have a RB or WR with at least 60 yards. They even saw a QB change during the game to try and jump-start the offense, it didn’t work. The Bills scored just seven points through the first three quarters and were never really in the game. They fell down 21-7 in the third quarter, and despite their defense holding strong, they didn’t score again until near the end of the game.

The Titans won this game just like they did the year before, with their passing game. Al Dorow led the team ahead with his 223 yards passing and 1 TD. The Jets leading receiver in this game was Bob Renn with 117 yards and a TD. Neither Maynard nor Powell managed to put up 50 yards or a TD.

The Jets won a defensive battle in 1961 moving to 2-0 all time on Thanksgiving.

The Titans and Broncos played arguably the best Thanksgiving game in NFL history in 1962. This game was one of the wildest in NFL history, and has seemingly been lost in the annals of history.

The Titans jumped out to a 24-7 lead in this game behind Johnny Green‘s passing attack. Don Maynard, Art Powell, and Dick Christy all played a huge role in the Titans jumping out to a lead. Christy and Powell each scored a TD in the first half to give the Titans that lead.

The game wasn’t over there though, the Broncos stormed all the way back to take a 45-32 lead midway through the fourth quarter. Their comeback was sparked by their defense who scored two TDs in the second half. The Broncos offense was mostly quiet with only one player topping 60 yards on the day, Bob Scarpitto. Scarpitto had 89 yards receiving and two TDs. The Broncos also made a change at QB midway through the game that helped spark the offense.

Still, that wasn’t enough to stop the Titans. Green led the Jets offense down the field on the Titans last two drives of the game-ending each drive with a TD, one to Christy and one to Powell.

The Jets first Thanksgiving day game in the NFL did not end well. It was a typical Jets collapse that the fan base has gotten to know so well.

The Jets fell behind in this game 20-10, but managed to storm back to tie the game at 20. The Jets rushing game kept them in this game. Both Cliff McClain and John Riggins ran for over 100 yards in this game. The Jets passing attack led by Joe Namath was held in check for almost the whole game.

Come the fourth quarter tough, the Jets defense collapsed. They allowed 17 points on two rushing TDs, one to RB Altie Brown and one to QB Greg Landry.

This was another embarrassing showing for the Jets on Thanksgiving. The Jets were cruising to the playoffs, while the Lions weren’t. This was a game they were supposed to win, and they didn’t.

The Jets offense never got off the ground in this one, and their vaunted defense was torn apart of Lions QB Eric Hipple. The Jets fell down 24-3 in this game, and while they put up a fight in the second half it was too late.

Ken O’Brien had himself a good day with 289 yards passing and two TDs, but the defense and the running game were nowhere to be found on this day.

The Jets fell to 3-2 all-time on Thanksgiving day.

The Jets were a mess in 2007. They came into this game just 2-8, while the Cowboys were 9-1 and were playoff bound. This game was over before it even started.

Nobody on the Jets offense had over 50 yards rushing or receiving. While Kellen Clemens had just 142 yards passing. The Cowboys defense even scored a TD on a Terrence Newman pick-six.

On the other side of the ball. the Cowboys offense shredded the Jets defense. Tony Romo threw for two TDs, and Marion Barber ran for 103 yards and a TD.

This game was always going to be a blow-out. The Jets were one of the worst teams in football, and it showed. They fell to 3-3 on Thanksgiving day all-time.

2010 was the opposite of 2007. The Jets strolled into the game with an 8-2 record against the 2-8 Bengals. The Jets were one of the best teams in football and were marching towards their second straight AFC Championship game appearance.

The game started close. The Bengals held a 7-3 lead at the half behind a Carson Palmer passing TD. That was it for their offense though. Coming out of the half the Jets were all businesses.

Jets’ WR Brad Smith was the star of this game. In the second-half Smith had a 53-yard run that put the Jets back on top before a minute had even gone by in the third quarter. He followed that up with an 89-yard kickoff return for a TD in the fourth quarter that iced the game.

These were Rex Ryan‘s Jets. They always played close games against opponents they shouldn’t have. Brad Smith picked up for the poor performance of the rest of the Jets offense in this one though. This made the Jets 4-3 all-time on Thanksgiving day.

This is a game that will forever live in Jets’ infamy. This was the butt fumble game.

The Jets came into this game just 3-7. It was clear that they were a bad team, and they were facing the 7-3 Patriots. This wasn’t supposed to be a close game, but nobody expected what happened.

The Jets fell behind in the second quarter 35-3 and lost the game in a blow-out. Nobody was talking about that though. the only thing anybody wanted to talk about for the next year was the butt fumble. It was so infamous that ESPN had to remove it from their top-10 blooper voting because it remained number one for 52 weeks.

ESPN even sends out a reminder every year about the anniversary of the butt fumble. Even now when the Jets do anything well fans of other teams will respond with “but the butt fumble”. It’s something that the Jets franchise may never live down, despite similar plays having happened before and after this one.

This loss brought the Jets to 4-4 all time on Thanksgiving day. However, what it really did was make the New York Jets the laughing stock of the NFL.