Why Casey Cizikas has been the quintessential Islander 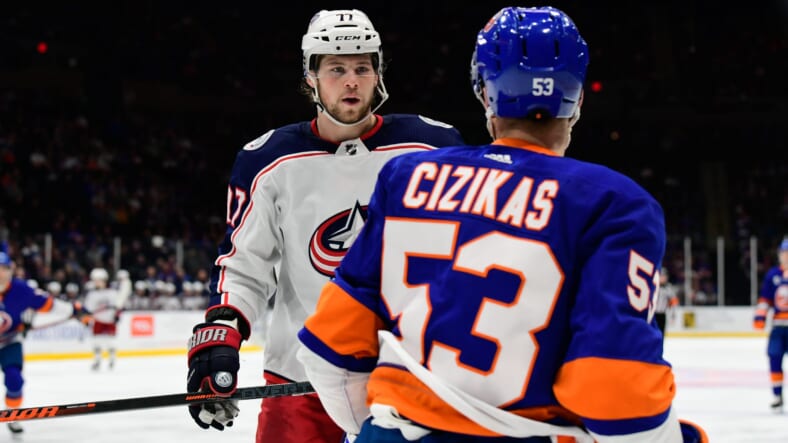 The New York Islanders have always been a representation of the place they call home.

Long Island and its people are notorious for being blue-collar and hardworking. And from the time the franchise arrived back in 1972, they’ve always had at least one or several players who exemplify that same work ethic.

Cizikas, 29, has been a member of the organization for over to a decade now after he was drafted 92nd overall back in 2009. Ever since he became an Islander, Cizikas evolved into one of the most respected players in the locker room despite not wearing a letter and is beloved by everyone among the fanbase.

You’d be hard-pressed to find someone who would speak anything negative about Toronto native both on and off the ice. Some would even argue Cizikas is a bit of a throwback kind of player.

He’s not a top-six forward or a huge point producer; the most points he’s totaled in a season was 33 from this season prior, which could be mostly attributed to him shockingly notch 20 goals. He’s not the most skilled or the biggest; Cizikas is only 5’11, 195 pounds.

Why does that make him the model player for the organization?

It’s because he brings the other intangibles that make him the ultimate team guy, one who plays “The Islander Way” as head coach Barry Trotz likes to say.

Trotz, since he first came to the organization back in the summer of 2018, has praised Cizikas — and his two linemates for that matter, Matt Martin and Cal Clutterbuck — many times over for their style and ability to change the game.

“They just bring a different element,” he said last season to Newsday. “Not a lot of teams have that element. Everyone has gone to the speed and the skill and they have elements of that. But they also have a little bit of a physical element to them. They make the right decisions with line changes, puck management, and they give us a physical element. I wish sometimes our other lines would learn from that. Our other lines need to get a little more of that to make them effective. Theyâ€™re a great illustration that strength is in the group, not with the individual.”

Cizikas is the guy who drives the bus in several ways though.

Along with anchoring the fourth line, he’s the Isles’ best penalty killer and provides a lot of veteran leadership. That’s why it was so evident how much the entire team missed his presence — Cizikas was cut by a skate in early February — before the season was put on hiatus due to the coronavirus outbreak. Before the setback, he had also recorded another ten goals (second-most in his career) and 14 points in 48 games

The Islanders have been incredibly fortunate to have a player like Cizikas, who has continued to only become more valuable through every phase the franchise has undergone the last decade. It’s surreal to think that many critics, and a lot of the fans, panned at the notion when former g.m. Garth Snow signed him to a five-year, $16.75 million contract extension back in June 2016. Little did they know they’d be getting every ounce out of a supposed fourth-line grinder and that he’d live up to the $3.35M AAV price tag.

Cizikas has one year left on his contract after this season, whether it continues or isn’t resumed. But it wouldn’t be all that shocking if he is resigned and plays his whole career in an Islander sweater. He’s that crucial to the franchise’s identity and them continuing to trend upward into the future.

Casey Cizikas has earned his place in the same echelon as the Bobby Nystroms, Butch Gorings, Patrick Flatleys and Frans Neislens. He’s not the best player on the team but he’s going to work his ass off every shift to make a difference.

That’s what makes him the quintessential Islander.