Where do the Islanders’ Adam Pelech-Ryan Pulock rank among elite defensive duos? 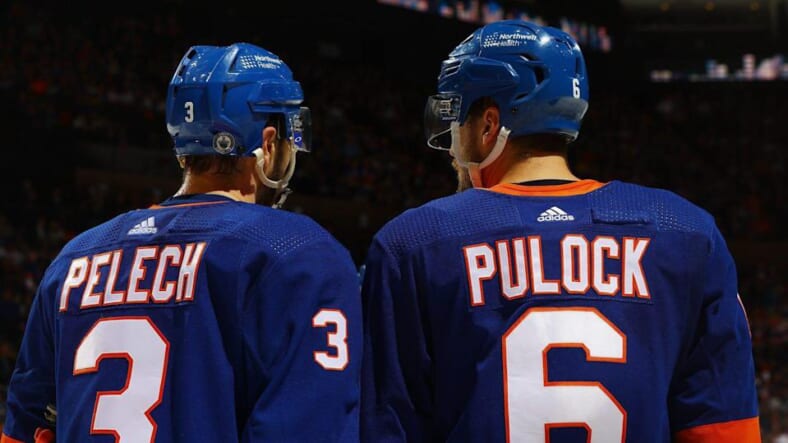 It’s been a week now since the Islanders announced they had signed d-man Adam Pelech to a long-term deal. Pelech, who will be in blue and orange for the next eight seasons, is now being paid like a top-flight defender.

With that transaction, the Isles now have a top duo of he and Ryan Pulock making the kind of salary you’d expect guys in that category to make. Pulock is set to make $5M this upcoming season and will be getting another significant raise next summer when he becomes an unrestricted free agent.

Now, there’s a reason Pelech and Pulock got paid — they are damn good at their jobs individually. As a pair, they have developed into one of the best in the league. To be in that echelon is no fluke either. Only a handful of teams have one stud blueliner on their team, let alone two. The Islanders are lucky to have such a luxury.

But where do they size up among the elite, elite? Based on the numbers, pretty darn high.

Mind you these are all stats based on over 40-plus defensive pairings that skated over 400 minutes together at even strength in the regular season. Still, some of those stats are staggering and prove they are absolute force when they are on the ice.

“[Pelech and Pulock] can contribute offensively and can defend as well as any two guys in the league and have an effect on the overall game,â€ head coach Barry Trotz said back during the playoffs. â€œSo this is a normal development of two really smart young players and giving the confidence and showing them the ice for them to have a big effect on a game.”

No disrepsect to Trotz, but the offense is the one element truly missing from Pelech and Pulock soldifying their spot as the top tandem. Neither d-man are offensive dynamos ala the Bruins’ Charilie McAvoy or even the duet of Colorado’s Cale Makar-Devon Toews (a former Islander). The two only combined this season for 31 points during the regular season. Pulock in particular really struggled to produce offensively only finding the back of the net twice.

It’s not to say that part of their game can’t take another step this upcoming season. It can most certainly be done, and might have to be with the departure of Nick Leddy, who was the team’s best offensive d-man last year and for a number of seasons. If that happens, Pelech and Pulock will be looked at in a whole new light.

But you always have to factor in the defense-first mentality. That’s the Isles’ bread and butter. And as Pelech noted after getting his deal, defending is priority number one.

“It’s great if I can contribute,” he said…”but at the end of the day, I’m a defensive player and I think it pays dividends to stick within your own game and do what you know makes you successful and the team successful. “I don’t think there’s going to be any reason to force anything with a new contract or anything, I just think it’s just staying within yourself, play your game and do what’s best for the team.”

Pelech and Pulock have done a tremendous job at upping their game over the past few years. They have entered elite status despite some of the parts of their game still needing growth. They rank pretty high now, and who knows, sooner rather than later they might very well be considered the best.