Tonight could be a defining moment for Islanders’ Mathew Barzal 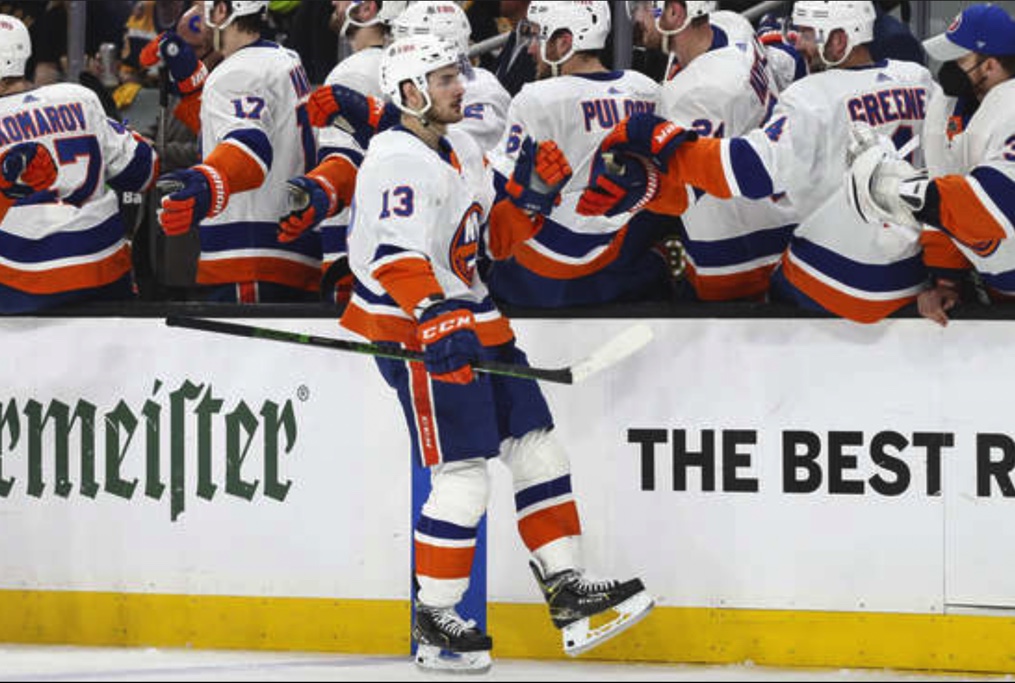 Games like the ones the Islanders have tonight don’t come around often.

A chance to make it to the third round for the second consecutive season. A chance to knock off the mighty Boston Bruins in a series where they came in as the less-talented team and a true underdog. A chance for the team to celebrate a moment with their fans they deserved to have last summer.

But even with all of those possibilities, it’s a chance for a defining moment for the face of the franchise.

Mathew Barzal was drafted by the Islanders back in 2015 with the sole purpose of thriving for nights like this evening. When he arrived on the scene, Barzal was in the shadow of the team’s most notorious name, John Tavares. Once Tavares bolted for Toronto in 2018, all eyes shifted to the 20-year-old at the time after he won the Calder Trophy that season.

Many believed that Barzal could become the team’s next star; they were right. Barry Trotz, who was hired that summer, did too. â€œHe wants to be one of the leaders of the team,” Trotz said three years ago. “I think obviously with Johnny moving on to Toronto, he feels that he has to fill a bigger void.”

Fast forward to now, this is Barzal’s squad. He might not wear the “C” on his sweater — that honor belongs to Anders Lee respectively — but he’s the Isles’ most important player. And it took him some time these playoffs, but he’s finally showing it in droves.

Barzal’s been the anchor for the Isles in this series since his breakout performance in game two. He’s recorded six points in his last four games, including back-to-back multi-point contests in games four and five.

â€œHonestly, itâ€™s the playoffs,â€ Barzal said following Game 4. â€œAs much as Iâ€™d love to produce every night, just itâ€™s so tight out there, and sometimes it just doesnâ€™t come that easy. Itâ€™s more so, when itâ€™s not coming offensively that night, just make sure Iâ€™m not on the ice for any goals against or making that block or just trying to get the puck out. Just playing sound hockey, a lot of shifts are just 50-50, and you just got to grind it out.”

That quote on its own shows Barzal has taken on a leadership role in this round, if not for his emphatic gesture to the Nassau Coliseum crowd after he was named the first star of game four.

The Islanders have gone through a lot to get to this point tonight. They’ve done it as a collective unit. The head coach will say that and so will the the players. Barzal though has been at the forefront of it all from the moment he became “the guy”.

“There’s no give in that kid,” teammate Casey Cizikas has said.

A potential clinching Game 6 at home tonight is another chance for Barzal and the Isles to do something special. The lights will be shining again on him. It’s could be his defining moment.

If you think Barzal and his mates are going to be revved up for tonight, then the crowd inside the Coliseum will be on an even different level. Bruins’ coach Bruce Cassidy’s “New York Saints” comment after Game 5 stoked the flames for the fanbase who were already going to create an insane atmosphere.

You wouldn’t hear Trotz say the same thing — as he showed by his reaction in his own postgame presser — but he knows the fans will bring it.

â€œProbably like it has been the last couple of gamesâ€¦crazy and loud,â€ he said yesterday.Â  â€œTheyâ€™re fun games.Â  The fans make a big difference.â€