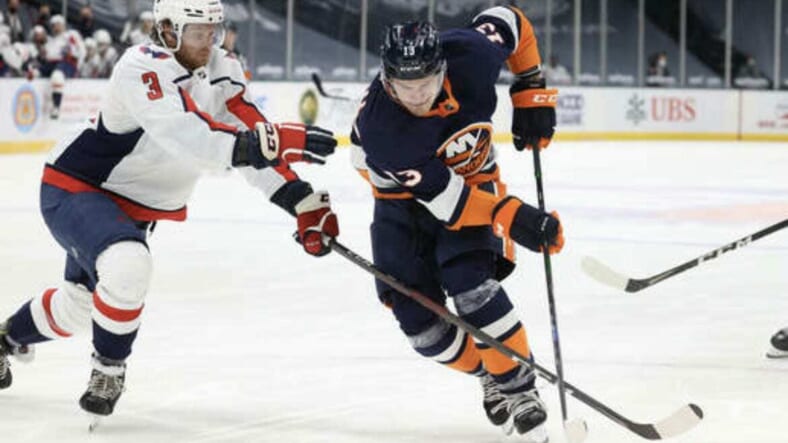 If there was one thing to take away from the Islandersâ€™ 6-1 slapping of the Rangers on Tuesday night, itâ€™s that theyâ€™re officially in â€œplayoff modeâ€. You know that phase of their game where they amp up the intensity and really hunker down all the little details of their game. This last stretch to the end of the year â€” especially these next three contests â€” call for the team to be in that mindset.

It also cries for something else to the forefront: the stars to shine.

Star power isnâ€™t easy to come by for the Islanders, and its clear why so. Essentially youâ€™re left with just Mathew Barzal, the most recognizable name on the club and one of best players in the league. Behind that, thereâ€™s Brock Nelson, Ryan Pulock and Jordan Eberle, all secondary stars in their own right. All of those key guys had solid performances on Tuesday night. But now itâ€™s time to ramp it up even more.

Forget the fact that the East Division title is possibly at stake, home ice too, the Isles need every single ones of them at the top of their game with the playoffs just a few weeks away.Â They donâ€™t have an Alex Ovechkin or Nick Backstrom, whom they will play three times straight over the next six days. Nor do they have an Artemi Panarin, who they see twice more late next week they can depend on. They need those players in particular to elevate the level of play because theyâ€™re the ones looked at when the magnitude of the games increases.

Take Eberle for example and his strong play towards the end of the 2018-19 campaign that translated into the playoffs.

Eberle totaled five points in the final five games of that season and forged it into the postseason where he had a dynamite performance in the Islesâ€™ sweep of the Pittsburgh Penguins in the first round. A repeat of anything of that nature over these last ten games can be crucial. Every single game left now is considered a playoff game.

The Islanders have bore witness to when the oppositionâ€™s stars are at that next level and paid for it. Now they need their guys to follow suit. And that doesnâ€™t mean needing a five-point game from Barzal like he had earlier this month against the Caps (although those wouldnâ€™t hurt) but production and consistency, the two things that stars are built on.

A lot is riding on the line for the Islanders in this final stretch. To get what they need, the important players on the squad have to take their game a step further.

Every time thereâ€™s a new update about the Islandersâ€™ new home â€” UBS Arena â€” it brings out a different excitement around the fanbase. But then comes an image like the one that made the rounds on social media that brings the realization weâ€™re almost at the finish line. The first seats of the building were installed yesterday.

I had heard when I took the tour of the place last month seats would be going in soon. Now they are. Beautiful.

It shouldnâ€™t come as a shock that the Islanders have entered the podcast game. Itâ€™s the new way of the world and their new venture â€œTalkinâ€™ Islesâ€ should be great. Isles fans are the kind that love as much coverage as they can get. Now with a podcast coming from the club itself, thereâ€™s not much more to ask for.