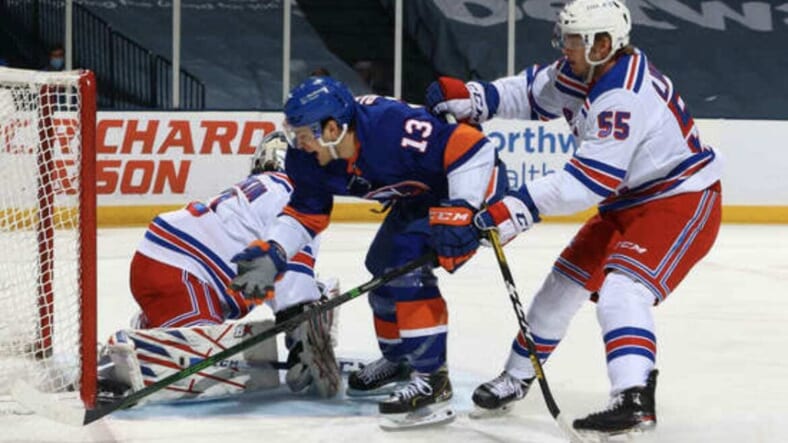 Coming off three bad outings in a row against the Capitals, the Islanders are looking for something to spark them again with the season coming up on its final week followed by the postseason. The next two games â€” a home and home with the rival Rangers â€” could be exactly what they need.

Make no mistake, these next two contests are critical for both squads. The Islanders are trying to secure a playoff spot, fend off the streaking Bruins who are just a point behind them for third in the East, and still have a slim shot at winning the division. The Rangers still have hopes of sneaking into that fourth spot and taking all four points from the Isles could really make things interesting heading into next week.

So these games are going to have a playoff mentality. That could play in the Islesâ€™ favor.

Just last Tuesday when they lit the Rangers up 6-1 they showed when to turn that switch on. But that extra level â€” which the Isles were clearly lacking in their three-game set against the Caps â€” they need to find once again. Who better for it to return than against the Blueshirts?

“We’re going into a game against the [New York Rangers] with our heads high knowing that we’re a good team, forward Casey Cizikas said after the loss on Tuesday night. â€œMoving forward, we’re going to play our game and our game only.”

Welcome back to the lineup Josh Bailey #Isles pic.twitter.com/NaLKDAQGuz

Besides getting back to their game, these two games scream for desperation from an Islander perspective. The offense is searching for any answers right now, having not scored an even-strength goal in their last three; ironically itâ€™s an identical situation they were in going up against the Rangers their last game. They will have no other choice but to find ways to score, especially trying to match the Rangersâ€™ high-powered attack. Furthermore, they are going to have to equal the Rangers in the will department. The Athleticâ€™s Arthur Staple noted yesterday in his column that the Islanders have been â€œout-willedâ€ on many occasions in crucial spots the past few weeks.

Might we also remember these are rivals who donâ€™t like each other. It might be more of that way for the fans than the players, but these are the games you want to see the Isles win. And knowing this two-gamer will mark the end of the season series between the two squads, plus the ramifications that surrounding it, ending on a high note could provide confidence.

The Islanders have won four of the seven previous matchups already this year, but those are all in the rear view mirror.

Itâ€™s all about tonight and Saturday.

The Isles have been the kind of squad who relishes going toe-to-toe with the so-called best the league has to offer. Well the Rangers have been just that since late March, going 15-6-2.

Itâ€™s a good challenge and one maybe the Islanders are getting at the perfect time to help turn things around.

The Islandersâ€™ penalty kill has continued to be tremendous and are now one of the best in the league entering tonightâ€™s game.

After going 2-for-2 on the kill in Tuesdayâ€™s defeat in Washington, the Isles are seventh in the NHL in that category at 83.3%.

It should be interesting to see what Anthony Beauvillier has up his sleeve for the Rangers. Beau was dominant in the clubsâ€™ previous affair with four points.

In 19 career games against the Blueshirts, Beauvillier has 20 points (ten goals, ten assists).