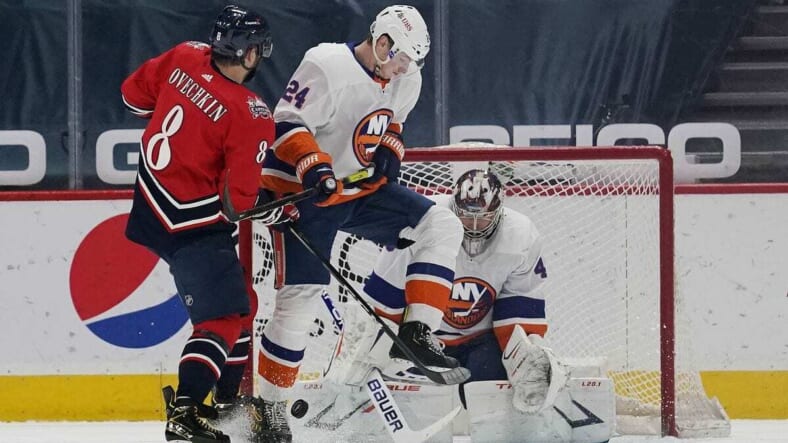 Watching the Islanders of late, thereâ€™s been a lot of things that would make you shake your head. Somehow theyâ€™ve still been able to collect points and keep themselves in the fight for the top spot in the MassMutual East division. And thereâ€™s one part of their game â€” no matter how much theyâ€™ve struggled â€” thatâ€™s been truly thriving: the penalty kill.

The Islesâ€™ penalty kill has been tremendous over the last few weeks. Since the beginning of April, both PK units have allowed just two goals in 20 attempts when the Islanders are shorthanded. Those numbers have launched the Isles up into the top-ten in the league in that category; they rank tenth at 82.1% according to covers.com.

“How many times you can clear the puck and get fresh legs on the ice is important,â€ Clutterbuck also added. â€œIf you end up getting hemmed in for the first two minutes it makes it tough to roll over and gives the power play a little confidence. Clearing the puck when you get a chance and putting pressure on them early and not letting them get set up and get into a rhythm is a big thing for four-minute power plays. Four minutes on the game clock is a lot of time to give a power play… You need big plays and big saves.”

Special teams at this time of the year can be crucial, so the Isles getting the most out of their Â penalty kill is massive. The same canâ€™t be said about their power play, which has lost its mojo after it seemed to find success for a decent portion of the season. Thatâ€™s another story for another time. Still, if youâ€™re a team in a position like the Isles are, having at least one half of your special teams going completely overtakes both stinking up the joint.

The PK has been so vital, itâ€™s one of the reasons head coach Barry Trotz made the decision not to take out d-man Scott Mayfield after a couple rough outings in Boston. Trotz acknowledged Mayfield as one of the â€œbest penalty killers in the leagueâ€ which he is, and decided instead to insert Braydon Coburn in for Noah Dobson in Sundayâ€™s win over Philadelphia.

Over the next six games the Islanders will be tasked with dealing with two of the most dangerous man-advantages in the league â€” the Rangers and Capitals. The Caps rank second in the NHL on the power play and have been tough to handle in games the Isles have faced them this season. The Blueshirts (15th) are coming off a four-game sweep of New Jersey where they scored four times in ten chances man up.

It wonâ€™t be easy for the Isles, especially if Clutterbuck is still missing. But the they have proven for some time now they donâ€™t get rattled when man down, even when theyâ€™re not playing to the best they know how.

Ilya Sorokin put on another masterclass with his shutout win against the Flyers. For some odd reason though, heâ€™s still not receiving any possible consideration for the Calder Trophy. A lot of the betting sites still donâ€™t have the 25-year-old anywhere near the top of the list in terms of odds to win it.

The Isles announced last week that 90% of their season tickets had sold for UBS Arena. This morning they received another excellent development.

Per Peter Schwartz, the teamÂ announced that 80% of UBSArena’s club spaces and premium suite inventory have been sold for the inaugural 2021-22 season including the entire inventory of the 1905 club.