The excitement factor and how it pertains to the Islanders 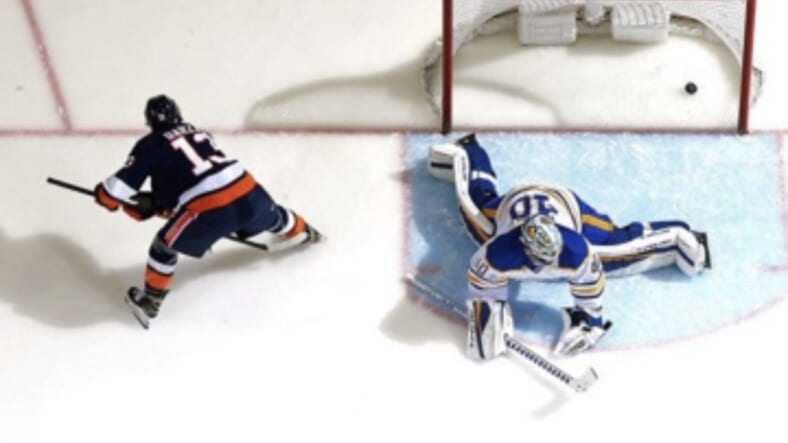 If you havenâ€™t noticed by now, the Islanders are playing an exciting brand of hockey. Entering Tuesday nightâ€™s tilt in D.C. against the Capitals, the Isles are the hottest club in the league having won their last nine consecutive games. Plus, they are currently riding a 12-game point streak and have lost just four times â€” twice in regulation, twice in OT all to Pittsburgh â€” in their last 20 games.

A key element to that surge has been the teamâ€™s offense scoring a lot more. But several of those tallies have come in rousing fashion. And those thrilling red lights have been off the stick of undoubtedly the clubâ€™s most pulsating forwards, Mathew Barzal and Oliver Wahlstrom.

Even on Sunday in the shootout, the freshman Wahlstromâ€™s game-winner in the shootout was a snipe job that he zipped past Devilsâ€™ goalie Scott Wedgewood. So that got me thinking about which brings more excitement out of an Isles fan right now.

Isles fans in a 24-hour poll voted Barzal over Wahlstrom, with him getting 64% as opposed to Wahlstromâ€™s 36%.

Looking at the results, the underlying factor seems to be is that Barzal is dangerous whenever the puck is with him. Heâ€™s only gotten better in that area and been dazzling blue and orange diehards going all the way back to his Calder Trophy-winning campaign in 2017-18. This year heâ€™s taken it to a whole other level, exemplified by this masterpiece below.

Just going to leave this here for review. #SCTop10 pic.twitter.com/kuukP9P3wK

Wahlstromâ€™s wicked shot and ability to score at the drop of a hat is a new thing almost for Islandersâ€™ fans in a sense. The Isles have been looking for a sniper for close to half a decade now. The â€œWahligatorâ€ as heâ€™s been dubbed in the room might just be that specific guy with his capabilities.

“It gives us a threat and obviously a shot,â€ head coach Barry Trotz said a few weeks back when talking about his rookie forwardâ€™s electric release.

The Islanders havenâ€™t had this type of get you to the edge of your seat type duo since the dynasty days of Mike Bossy and Brian Trottier.

Those studs became Hall of Famers.

Itâ€™s way too early to even put Barzal and Wahlstrom in any such conversation, but the amount of exhilarating feels they can bring out of fans have made them and the team incredibly fun to watch.

Thereâ€™s been no word on Noah Dobsonâ€™s status for whether he will play tonight after he and J.G. Pageau sat out Sundayâ€™s win due to showing up on the NHLâ€™s COVID list. Pageau came off yesterday, but Dobson could again be absent which means another dose of Sebastian Aho for the Isles.

Aho was impressive Sunday (he recorded an assist on Kieffer Bellowsâ€™ opening goal) after not having suited up this season and in close to 1,100 days in an NHL game.

“I haven’t played hockey in pretty much a year so it was different,” he acknowledged on Sunday in the postgame. “I felt okay, I made some good plays and some not so good plays, but that’s to be expected. Overall, I felt okay. It was fun.”

Everyone knows how wonderful the franchiseâ€™s new hone at UBS Arena is going to be. But all the pictures, live cams, updates donâ€™t do it justice with how spectacular a facility itâ€™s going to be. I took a tour of the building for the first time yesterday and it was incredible what is coming for the team and the fans.

Just walking up the stairs to where you can see the ice on the upper level elicited a tingle down my spine.