The end has finally come for Michael Dal Colle, Josh Ho-Sang with the Islanders 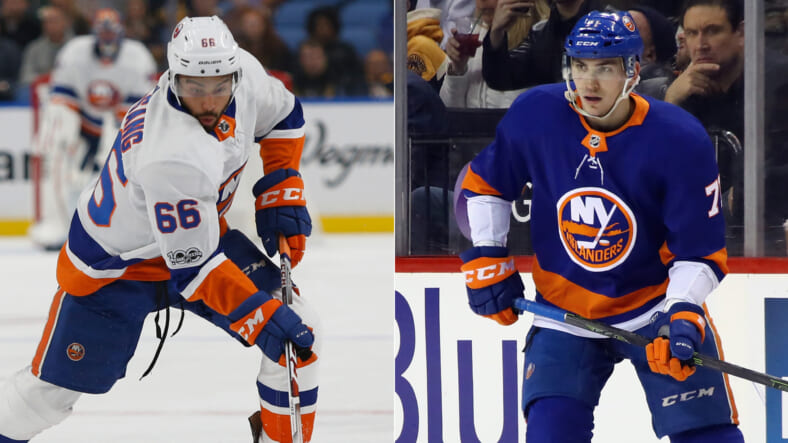 The end has finally come for the Islanders with Michael Dal Colle and Josh Ho-Sang.

Yesterday reports came out that neither player was on the list of players to receive qualifying offers thus marking the end of both their tenures with the organization.

Ho-Sang and Dal Colle had their moments with the Islanders but neither lived up to the expectations that came with where they were drafted. Dal Colle only appeared in 111 games with the Isles over four seasons and produced 29 points. Ho-Sang played in just 53 games over two seasons, resulting in seven goals and 17 assists.

Both players being left to find new homes marks the conclusion of two of the biggest “what ifs” for the Islanders in recent memory. Particularly, Ho-Sang. From the moment he first donned an Islander jersey, it was marred by controversy.

When Ho-Sang was drafted, Islanders general manager Garth Snow sat at the dais with the TSN crew at the NHL Draft to discuss the organization’s pick of him. What came next took everyone by surprise. “He’ll fit right in, they shit on me too,” Snow said when asked about his decision to draft Ho-Sang.

That one moment was a coup for Snow — well mostly from his club’s lone fanbase — with the consensus being Ho-Sang was a potential steal for how he ended up falling into the Isles’ lap. Going into the draft, the Toronto native was considered an elite talent and might have gone in the top ten if not for some — how should we put this lightly — “attitude problems”.

We would learn over time those concerns were warranted, as Ho-Sang lacked the maturity it took to make it in the NHL. There were plenty of incidents — some public, some not — that just made things untenable and earned him a rough reputation in and outside the organization. The last three years alone, Ho-Sang only got to play in ten games and the organization even loaned him to Europe for this past season after leaving him off the roster to begin training camp.

Then there’s Dal Colle, Snow’s selection before Ho-Sang — although this one in the top-five — which had more importance and less backlash. Dal Colle was selected by the Islanders with the fifth pick and was projected to be the scoring winger the franchise had been yearning for to skate alongside franchise center John Tavares.

Unfortunately, the latter never occurred. Dal Colle took much longer to develop in the minors than many had hoped and never showed that offensive power he did in juniors at the pro level. He did find some success as a bottom-six forward under head coach Barry Trotz in recent years but never adding anything more in terms of value.

Dal Colle’s departure does open the door for a few other players — Kieffer Bellows, Anatoli Golyshev (both qualified) — to fight for a regular role for next season. That being said, he and Ho-Sang now can get a fresh start somewhere else. They’re each still young (25) and talented enough to carve out NHL careers.

Dal Colle and Ho-Sang not panning out with the Isles after how much was expected of them when they were drafted is sad. A lot of people were rooting for them to succeed. But things just never moved past a certain level for either of them. And now they’re both gone.