One trend that continues for the Islanders, and itâ€™s a rare good one 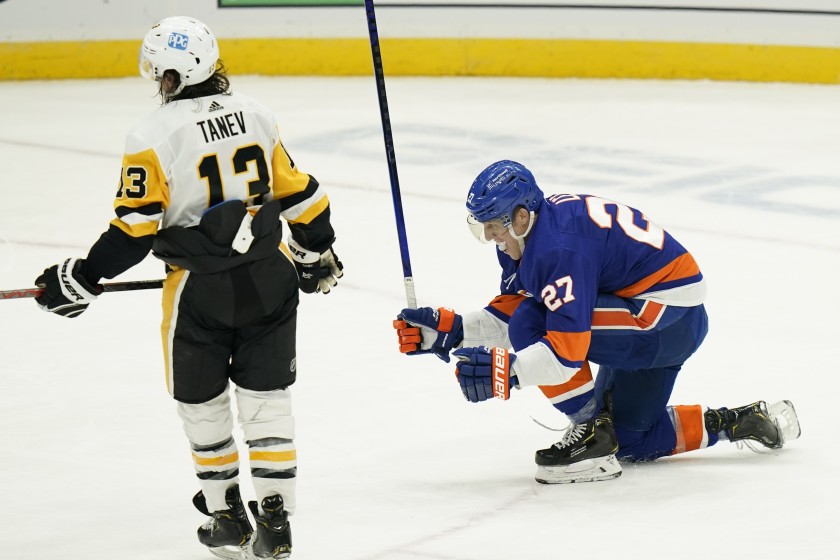 One of the best sayings in sports thatâ€™s used is â€œsave the best for lastâ€. That monikor definitely applies to hockey. And for the Islanders, itâ€™s been a trend with them as for a long time, a rare good one too.

This year has been a continuation of an evolvement of the Islanders being a third period team.

In the 11 games the Isles have played this year, a fair majority of them â€” outside a couple of the defeats â€” theyâ€™ve outplaying their opponent in the final frame. Theyâ€™ve outscored the competition in the third period 7-3; those seven goals count for 3.57% of the 25 theyâ€™ve scored all season.Â Their previous three games too are examples A, B, and C of why the Isles are one of the better third period clubs in the league.

Monday against the Rangers, they got two goals in 2:05 from their fourth line and shut down the game defensively; Last Saturday they scored the final two goals in period three of a 5-4 comeback victory over Pittsburgh. Two Sundays ago, they scored twice in a short span to open the third in Philadelphia to tie the game and out skated the Flyers the rest of the frame.

Sure they lost in OT, but you get the point.

Head coach Barry Trotz since he arrived in 2018 made it abundantly clear that he wants his team to play a full-60 and always compete. The first thing he noticed when analyzing the Isles when he took over behind the bench was not only the teamâ€™s inability to defend, but how the team would slow down towards the end of games.

That dynamic has shifted dramatically. And for the better.

Most of the time now, the Islanders are usually the aggressor entering the final period of regulation. It was the case last season early on, mostly during the clubâ€™s 17-game point streak. Additionally it was the same way in how they dominated in the postseason bubble, which either resulted in them putting an all-out assault or defensive clinic on the opposition.

Thereâ€™s been a lot of good to come out of the Islanders for awhile now. And yes, while a lot like to focus on the opposite, them continuing being a third period team doesnâ€™t get the shine it deserves.

Itâ€™s been quietly one of the under appreciated facets to their success and it hasnâ€™t gone away.

Governor Cuomoâ€™s announcement of teams being allowed to re-open their arenas and stadiums in the coming weeks means The Barn will under be rocked for the final time.

This season was set to be the last for the Isles in the 49-year history of the Nassau Coliseum. And the players definitely want the fans back even if itâ€™s only 1,400 allowed in the building.

Captain Anders Lee said this morning: “Any islanders fan that has a chance to come in the building they’ll make their presence felt. Weâ€™re all looking forward to that.â€

Hard to believe itâ€™s the ten-year anniversary of the infamous fight-filled contest between the Islanders and Pittsburgh Penguins. That night is still talked about today for the affect it has on changing the trajectory of the Isles as a franchise and how it was the last remains of â€œOld Time Hockeyâ€ in the league.

Fights, grudges, scores settled, controversy. This game had it all.

Where did the time go? Ten years ago tonight, yes TEN, it was Fight Night at Nassau Coliseum between the Islanders and Penguins pic.twitter.com/4WQu5sNYRi

Ironically, the Islanders host the Penguins tonight. And out of all the players who participated in that game ten years earlier, only Josh Bailey, Matt Martin and Kris Letang are still left on their respective clubs.