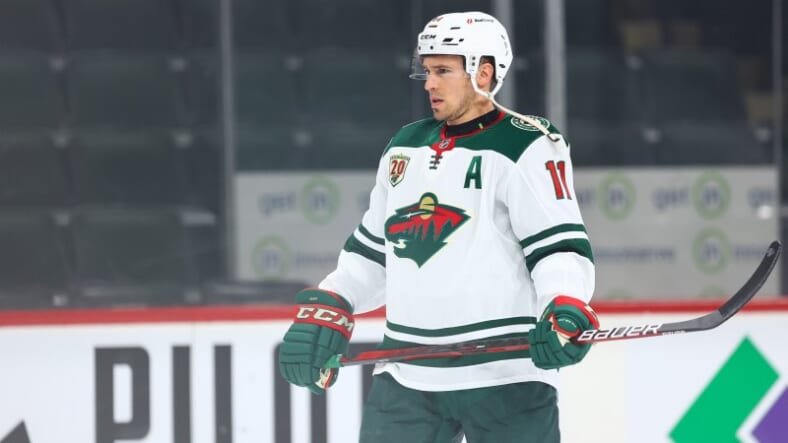 The Islanders’ offseason just got a bit more interesting in the last 24 hours and it wasn’t even them who were involved.

Yesterday, the Minnesota Wild announced they were buying out the contracts of veterans Zach Parise and Ryan Suter thus making them free agents at the end of this month.

Both players had the same years remaining on their identical 13-year, 98M deals they signed back in 2012.

It was a shocking move to say the least, especially after the Wild took steps in the right direction this year and pushed the Vegas Golden Knights to seven games in the first round of the playoffs. But now Parise and Suter, both 36 years of age, have the chance to find new homes.

There’s already speculation that the Isles could be a potential suitor for either player or both for that matter. A source told amNewYork’s Joe Pantorno this morning that he wouldn’t be surprised if the Islanders make a run at Parise. The Isles did try to acquire him already from Minnesota at the 2020 NHL Trade Deadline but the deal never fell through.

Obviously, the connection is there between the player and the organization. The Islanders might also have an even slighter advantage with current g.m. Lou Lamoriello being the one who drafted Parise to New Jersey back in 2003.

If Parise and the Isles were to agree to a cheap deal, it could be a huge win. He would help in some areas the team has been still lacking, mainly the bottom six and scoring (he was still averaging over 40-plus points before this season). Aside from that, there’s another part of Parise’s game that could have the most impact for the Islanders: the power play.

For years, Parise has been one of the more underrated power play specialists in the league. He hold’s claim as the Wild’s franchise leader in power play goals with 69.

In two of the last three seasons, Parise recorded 22 goals on the man-advantage. Compare that to the Islanders who as a team combined for just 21 from their power play goal leaders in that time — Anders Lee with 10 in ’18-’19, Mathew Barzal with 4 in ’19-’20 and Brock Nelson with seven this season — and you see where he could be a crucial addition.

Parise has the skill to be both a shooter and a net front presence. A combination like that could give the Isles a huge boost, even if they do have guys who already play that role in Anders Lee and Oliver Wahlstrom.

But think of the first word: shooter. Parise would give head coach Barry Trotz and power play boss Jim Hiller another weapon at their disposal for good measure. Ditto someone like Mathew Barzal, who has a pass-first mentality.

It’s been blatantly clear the Islanders don’t shoot enough. It’s one element that’s made them an enigma for what seems forever. If not that, it’s played a part in costing them a chance at winning a Stanley Cup. Against the Lightning in the semifinal, the Isles went 1-for-17 with the power play which was a repeat performance of the previous year against the very same team.

Having another weapon like Parise could have made a huge difference just in that department alone.

The Islanders are very close to winning it all and Parise would be a solid addition. His ability to have success on the power play might be one factor no one has spotlighted enough. The Isles would benefit immensely from that kind of added presence.