New York Islanders: Why haven’t any signings been made official yet? 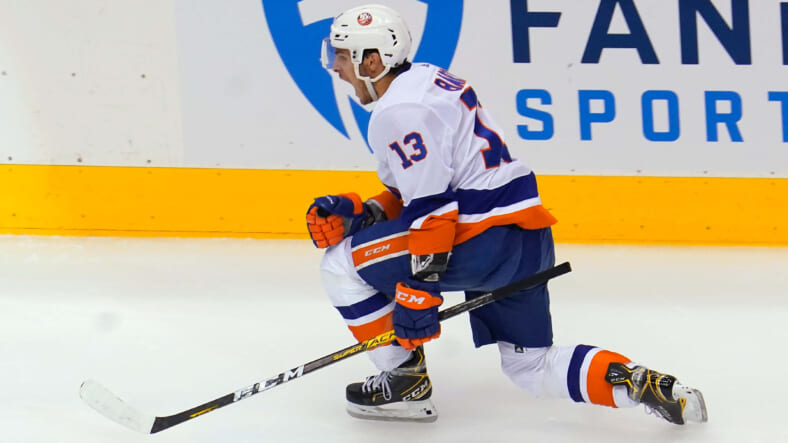 The New York Islanders have not made an official signing in a really long time. There was speculation about signing Cory Schneider and resigning Andy Greene and Matt Martin. But that was about a month ago. It’s been a full month, and none of those signings are official. Why is that? Well, it’s a simple reason, really, the Islanders are saving cap space.

This is the number, the one number every Islander fan has heard of every day since free agency started. Your top two players need contracts, and you only have $8.9 million to spend. Lou Lamoriello obviously knows this, and that’s a reason why he hasn’t been able to sign anyone else.

Mat Barzal is taking at least $8 million of the available cap space, and 900k isn’t going to reason Ryan Pulock. Now, I know that teams can spend 10% over the cap until training camp rolls around. The Islanders cannot use this method at all. The Isles do not have the trade bait that other teams have. No one is taking Andrew Ladd’s contract. There has to be a different way.

The Islanders have to bury their bigger contracts in the AHL. If you bury Thomas Hickey, Leo Komarov, and Johnny Boychuk, the Isles get a little under $4 million in cap space to work with. This $4 million will be used to sign Matt Martin, Andy Greene, and Cory Schneider. And possibly another couple of guys. Now, Andrew Ladd gets put on LTIR, this frees up another $5.5 million.

The Islanders would have over $14 million to sign 2 players. Barzal takes up $8 million, Pulock gets $6 million, everyone is happy. This scenario is ideal for the Islanders if they can’t trade any of their big contracts away. But, the first method of trading is far and away, the best way to save cap.