New York Islanders: What will the lines look like after the Palmieri trade? 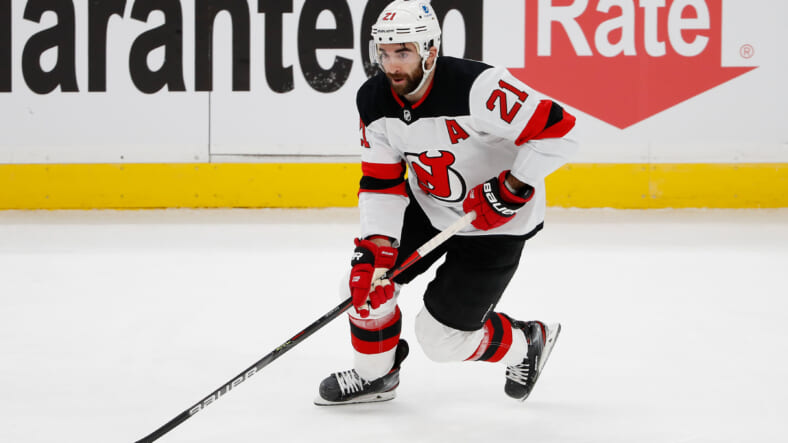 The New York Islanders have successfully completed two huge trades for top 6 forwards in the past two years. Last year, General Manager Lou Lamoriello traded away a bundle of picks for JG Pageau. That trade was regarded as one of the best trades of last year and possibly recent Islander history. Lamoriello might’ve struck gold two years in a row as he completed another trade with the New Jersey Devils last night.

The Islanders acquired Kyle Palmieri and Travis Zajac for this year’s first-rounder, Mason Jobst, AJ Greer, and a conditional fourth-round pick. The Islanders added 2 impact forwards who will be plugged into the lineup and play as soon as possible. Where will the new additions play, though?

Kyle Palmieri should be playing on Mat Barzal’s left-wing as he replaces fringe bottom 6 forward Leo Komarov. This move will undoubtedly improve Mat Barzal and Jordan Eberle’s assist and goal numbers. Palmieri brings the same physicality that Anders Lee always brought to the table. But, Palmieri also has an elite shot that Anders Lee does not possess. The only problem with Palmieri being on the first line is the fact that the Islanders would be brandishing three right-handed forwards on one line. It’s not a huge problem, as the second line powerplay features all left-handers, but it’s something to look out for. Palmieri brings a clutch factor that hasn’t been seen on the Island in forever and a nice power-play presence.

Travis Zajac was an interesting last-minute addition to the Kyle Palmieri trade. I believe the only reason the Devils added him to the trade was the fact that they didn’t want to resign him. Or, they felt that they couldn’t get a first-round pick for just Palmieri. Whatever the reason may be, the Islanders walk away with another good center. Zajac should not be playing center for the Islanders, though, as the Isles already have 4 good/great centers. Zajac will have to move to wing for the first time in his long, storied career. I believe he will fit in nicely on JG Pageau’s left-wing, as Oliver Wahlstrom stays at right-wing. Zajac brings experience, an excellent faceoff percentage, and an ability to play on the power play/kill.