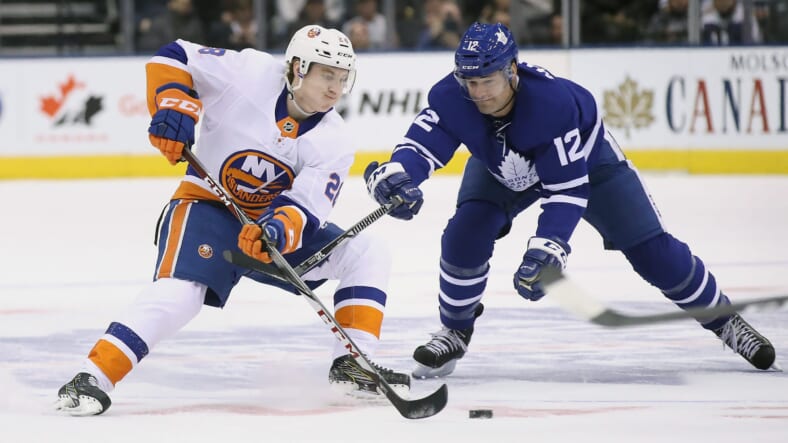 New York Islanders‘ defensive prospect, Sebastian Aho was recently given a 2-year extension. This move seems small, but in the grand scheme of everything, it’s a huge move. Giving someone like Aho two more years at his age guarantees he’ll be playing soon. But, who could he possibly start over? Noah Dobson has priority over him. And the Islanders still have Nick Leddy and Johnny Boychuk around for a while. Well there’s the answer, right? One, if not two, of the Islanders defenseman, will be traded very soon.

Now I know you’ve just told yourself that I’m absolutely crazy for thinking this contract means anything. I’m not though, and the reason is in the contract. Aho signed a one-way deal. What does this mean? His salary doesn’t change if he plays in the AHL. Also, his contract clearly states “If he doesn’t play at least 58 NHL games in the next two years, he will qualify to be a UFA.”

Why would Lou Lamoriello sign Aho for two years if he doesn’t have a plan for him? Don’t act like Aho isn’t a good defenseman either. Aho recorded 46 points in 2019 and 30 points in 2020. I know that happened in the AHL, but those are some good stats regardless. Islanders could use another offensive-defenseman.

The Islanders need to move one of their older defensemen if they want Aho to finally get his real shot. There are only two players that come to mind: Nick Leddy and Johnny Boychuk. Everyone knows that Boychuk should be traded. He’s old and always hurt and carries a big contract. Who can handle that contract though? Oh, I don’t know, maybe the Red Wings who already had a ton of cap space and now just bought out Justin Abdelkader.

I can see why some people don’t want to trade Leddy. He’s a good defenseman, he’s offensively-minded which is great, and he’s a great veteran in the locker room. I don’t know about you, but I don’t think that the Islanders need the veteran experience right now. The Isles have a bunch of older guys who can guide the younger guys.