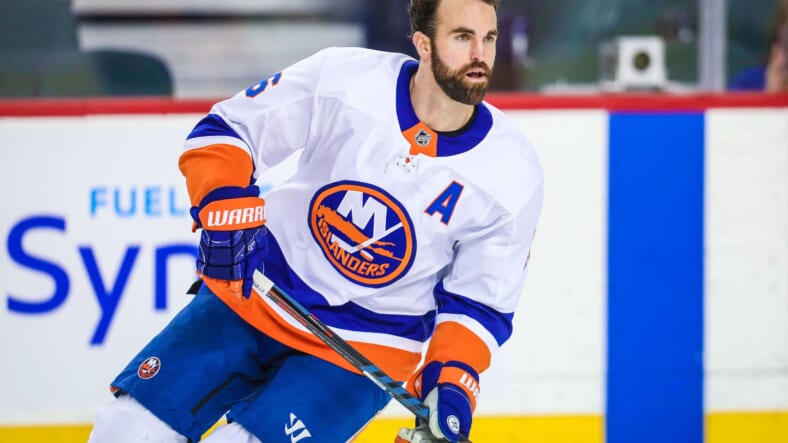 The New York Islanders are just a day away from their season opener against the New York Rangers. As training camp closes out, the NHL requires all 31 teams to hand in an official roster. Now, obviously, things are subject to change, not everything is set in stone just yet. There were definitely some shocking moves made within the past 24 hours in the Islanders organization. Which move was the most shocking, and which move didn’t mean anything?

As I’ve stated before, Josh Ho-Sang and Mason Jobst were both placed on waivers on Sunday. Both of them actually cleared and will report to Bridgeport. Andrew Ladd was also placed on waivers and went unclaimed. Leo Komarov and Dmytro Timashov were waived, but it’s a paper transaction. What I mean by this is that they are still on the team, but due to cap restraints, they had to be waived. Don’t be worried, Isles fans, Timashov has a contract. Finally, Bode Wilde and Samuel Bolduc were sent to Bridgeport.

The taxi squad is a new addition to the NHL due to COVID-19. The Islanders placed Kieffer Bellows, Austin Cznarik, Otto Koivula, and Jakub Skarek on the squad. Again, the Bellows move is a paper transaction, will most definitely be on the third line tomorrow night. Corey Schneider is not under contract yet, so he cannot be on the squad. Look for him to sign within the next 3 days. I also believe that Sebastian Aho will join this squad and maybe Oliver Wahlstrom.

The Islanders placed Michael Dal Colle on injury reserve. At this time, Lou Lamoriello has not commented on Dal Colle’s situation. Lamoriello has stated that he is perfectly fine with Johnston and Martin on the ice every night. He sees no redundancy. Trotz stated that Wahlstrom and Bellows playing together is a possibility and may happen later this season. Finally, Thomas Hickey will be the 7th defender.