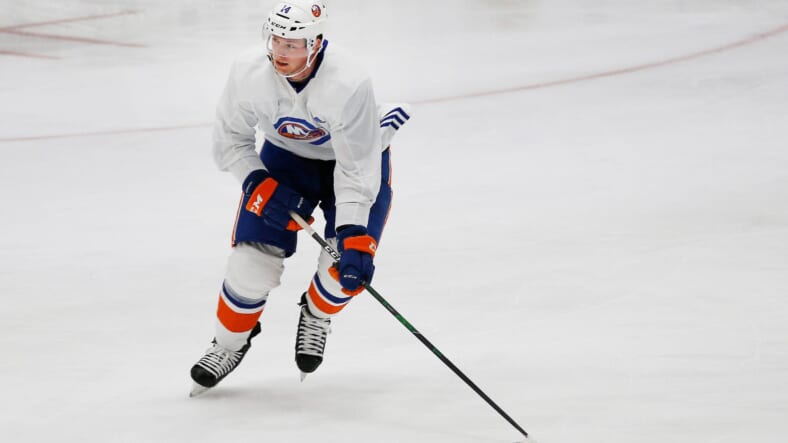 The New York Islanders have successfully retained another one of their free agents not named Mat Barzal. Yesterday, it was reported that Tom Kuhnhackl was on the training camp roster. But, just like his teammate Mat Barzal, Kuhnhackl did not take the ice. This was either due to the fact that he didn’t sign a contract yet or his shoulder wasn’t ready to go.

Tom Kuhnhackl never played better Hockey than when the Isles played the Panthers in the play-in round. His forechecking was outstanding, the third line was the best line in that series for this reason. They gave the opposition absolutely no time to get settled and set up a play. Kuhnhackl created a couple of goals based on his board play in the offensive zone. Kuhnhackl always gives his all in every single game, and this team needs more of that effort. I believe that Kuhnhackl could definitely take that Left-Wing spot on the third line once again.

The Islanders don’t need more veterans who can teach the young guns, but that’s what Kuhnhackl is. Kuhnhackl is a winner, he won 2 Stanley Cups in back to back years with the Pittsburgh Penguins. In fact, Kuhnhackl has never missed the playoffs in his NHL career. Kuhnhackl brings a winning mentality and knows how to get it done in the playoffs.