New York Islanders: The one quote from Lou Lamoriello yesterday that stuck out than the rest 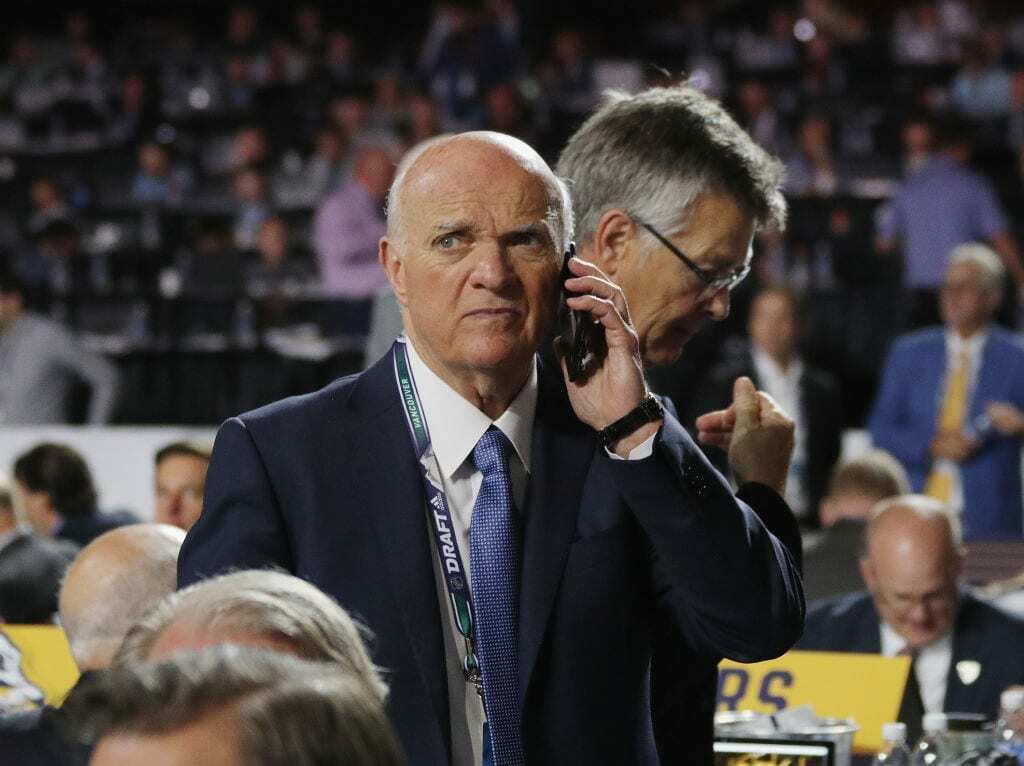 This offseason was already going to be a vital one for the New York Islanders to build off their first Eastern Conference Finals appearance in 27 years. And now after general manager Lou Lamoriello’s comments yesterday, there’s even more to that notion.

â€œThereâ€™s room for improvement internally and if we can get better externally, weâ€™ll certainly do that,â€ Lamoriello told reporters yesterday in his first presser since the Isles left the bubble. â€œBut right now weâ€™re going to focus in on keeping our team together.â€

Keeping the core of that the organization has assembled might very well be Lamoriello’s focus presently, but it’s the first part of his quote which speaks more to how the franchise could take that elusive next step towards a Stanley Cup.

Everyone knows who those internal pieces are — Oliver Wahlstrom, Simon Holmstrom, and to a further degree, Kieffer Bellows. You can even throw Josh Ho-Sang in that mix, despite his shortcomings; his agent confirmed to Arthur Staple of The Athletic that the team will be qualifying him as a restricted free agent. Wahlstrom is the key to that trio though. He’s the proverbial “goal-scoring threat” the team hopes can be that missing link which improves the Islanders’ offense.

As for the outside alternatives, the names are ridden with potential star power. Patrik Laine. Mike Hoffman. Evgeni Dadonov. And there could be more where that came from, according to Lamoriello.

“There could be a lot more players available than people think,” he said.

That can either hurt or help the Isles, depending on how Lamoriello maneuvers his way around getting his top three RFAs — Mathew Barzal, Ryan Pulock and Devon Toews — and some of the club’s other UFAs locked up as well with only $8 million in cap space to play with. The team’s unrestricted free agents include Matt Martin, Derick Brassard, Tom Kuhnhackl, Andy Greene and goalie Thomas Greiss.

Lamoriello all but assured that Greiss probably won’t be back when he too said it’s “obvious” where the Isles’ goaltending situation is with 25-year-old Ilya Sorokin now aboard and Semyon Varlamov locked down for another three years.

The other names on that list, there are cases to be made for why they should or shouldn’t be brought back.

Let us start with Matt Martin.

The reason not for not retaining Martin’s services comes down to one name, Ross Johnston. Johnston is a younger version of Martin, and a much cheaper option to boot.

The issue here is that the Islanders’ blue line is crowded. And with the emergence of Noah Dobson and a few others in the organization’s pipeline — Bode Wilde, Parker Wotherspoon and Samuel Bolduc — as possible NHL options soon, it’s hard to see where Greene fits in.

The Islanders still need to get younger upfront. So by letting these two walk, it opens up the possibility for the team to explore their options. Brassard did struggle in the regular season more than expected and was scratched four times in the playoffs. Head coach Barry Trotz gave his reasons for it, but it’s still something to keep in mind if he’s not re-signed.

The work for Lamoriello and his staff has already begun with the more important date coming two weeks from now when free agency opens. But from his comments, this club can improve in one way or the other.

How that happens remains to be seen.

The good thing, is Lamoriello won’t be sitting on his hands.