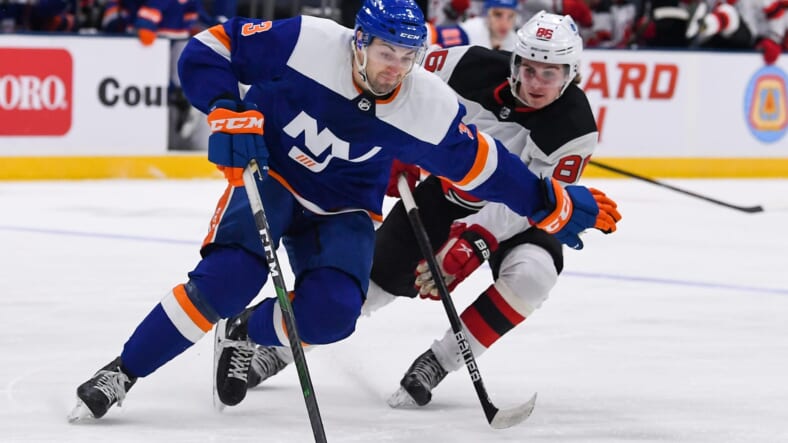 The New York Islanders have made the playoffs for the third season in a row. The franchise has taken a complete left turn since star player John Tavares left in free agency in 2018. Last year, the Islanders made a deep playoff run, making it all the way to the Eastern Conference Finals. Where they took the Stanley Cup Champions to 6 games. Only one Brock Nelson breakaway goal from a game 7. The Islanders didn’t have to face the Pittsburgh Penguins last year, as they got eliminated within the play-in round. This year, Hockey fans got spoiled once again and get a 2019 round 1 rematch between the two rivals. Anytime these two teams play against each other: blood boils, goals are scored, and bells are rung. This series will come down to which team is more well-rounded and better disciplined. Who has the advantage on paper?

If you have a player like Sidney Crosby on your team, your forward core is pretty good. Then you throw in stars like Evgeni Malkin and Jake Guentzel, the core looks even better. A supporting cast with Jared McCann, Jeff Carter, Bryan Rust, Jason Zucker, and Kasperi Kapanen. The Penguins have some pretty good depth as well with guys like Brandon Tanev, Zach Aston-Reese, and Colton Sceviour. I believe this core is just more energetic than the Islanders. Don’t get me wrong, Mat Barzal and co. have the ability to light the lamps all night long, but they do struggle to score often. Advantage: Penguins.

The Islanders probably have the best defensive core in the league: Ryan Pulock and Adam Pelech, two great, underrated defenders who can go both ways. Nick Leddy and Noah Dobson are a great skaters who gives a huge advantage to the Isles in the offensive zone. Scott Mayfield is a good penalty killer, but he does miss his assignment a lot. And Andy Greene is just a solid old guy. The Penguins have a top defender of the decade in Kris Letang paired with a solid left defender in Brian Dumoulin on the first line. After that, the core drops off. Mike Matheson is on the second line, which says something. Hopefully, Pierre-Oliver Joseph breaks out soon.

Casey Desmith and Tristen Jarry have played great all year against the Islanders. But the William J. Jennings trophy runner-ups are just more skilled than the Penguins duo. Varlamov and Sorokin are a 1a/1b situation. Jarry is the 1, and Desmith is definitely the 2. Goalies on both sides will be tested greatly every single game. This is definitely a series to watch.