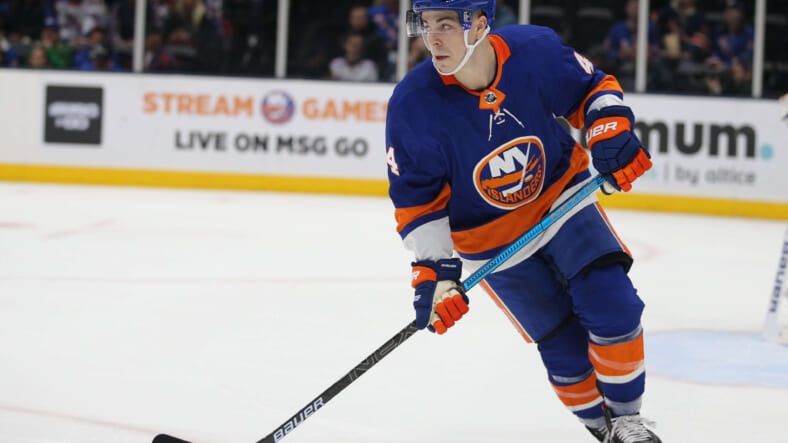 Yesterday was the one year anniversary of the New York Islanders trading for Jean-Gabriel Pageau. This trade may go down as one of the biggest highway robberies ever committed by any NHL team ever. Pageau has not only been a top performer on the Islanders, but he’s also one of the most annoying players to play against in the league. Pageau does it all, he’s on the penalty kill, he can dangle through 3 defenders, he can snipe in the toy department. It’s almost like having Mat Barzal, Casey Cizikas, and Brock Nelson combine into one complete center. No, I’m not saying that Pageau is the Islanders’ best or most complete center, but he has been undeniably great. What is Pageau’s impact? And what did the Islanders give away for him?

The New York Islanders had a huge problem last year and going into this year. They couldn’t score goals, and they had no money to get someone to do it. Enter Jean-Gabriel Pageau, who scores some of the best goals I’ve ever seen. It seems that he can score from almost anywhere. Currently, Pageau is tied for 2nd in points with 11 and tied 2nd in goals with 7. The fact that Pageau continues to play at the top of his game with new linemates every other game is something no other player an do. Not only can he score, but he’s insanely reliable on the faceoff. Pageau currently ranks 13th in the league in faceoff percentage with a 57.4% win rate. That’s why you see him double shift at the end of games and when the fourth line is out there late in the game.

What did the Islanders Trade Away?

The Islanders traded away their first and second-round pick in the 2020 NHL draft. They also had a conditional third going to the Senators if the Isles won the Stanley Cup. These picks ended up being late-round picks. I’m not going to say that good teams should trade away their first-rounders every year. But, if you are truly committed to the win now, you should definitely look into trading one or two of them. To put it simple, what did the first-rounder do in the NHL that the player you traded for hasn’t? The answer, nothing cause they haven’t played yet.