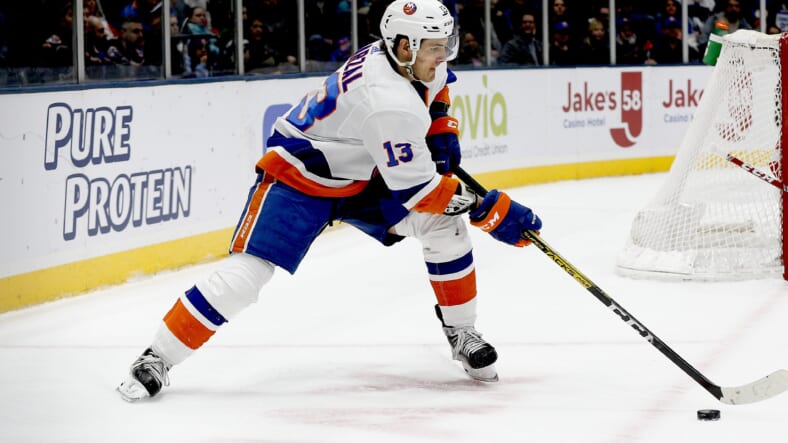 The day all New York Islander fans have been waiting for is here. Franchise center Mat Barzal has finally re-signed. Itâ€™s been months of questions, and none of these questions have been answered until today.

Mat Barzal is a professional Hockey player. Do you really think he wouldnâ€™t be prepared to play? Barzal has been skating with former Islanders, Dennis Seidenberg and Johnny Boychuk. Along with current Islander, Tom Kuhnhackl. Barzal was also skating around with different NHL players before training camp began.

When people prepared for something the way Barzal has, they care about that something. Mat Barzal stated in an interview today that he loves Long Island and never thought about going anywhere else. He also stated that the negotiations were very fair for both sides, and he knows he has to work on his consistency.

My coach, Matt Johnson, also said, â€œbig players make big plays in big-time games.â€ Well, today wasnâ€™t a big-time game, but Barzal made some big plays. In just two shifts, Barzal managed to score two goals and make Noah Dobson look lost. Thereâ€™s no denying the talent that Barzal possesses, but there definitely was some concern about performance after missing four training camp days. Itâ€™s time to put those rumors to rest; Barzal looks perfectly fine. All he has to do is back check better, and the long term deal with the Isles he wants will be on the table in 2023.