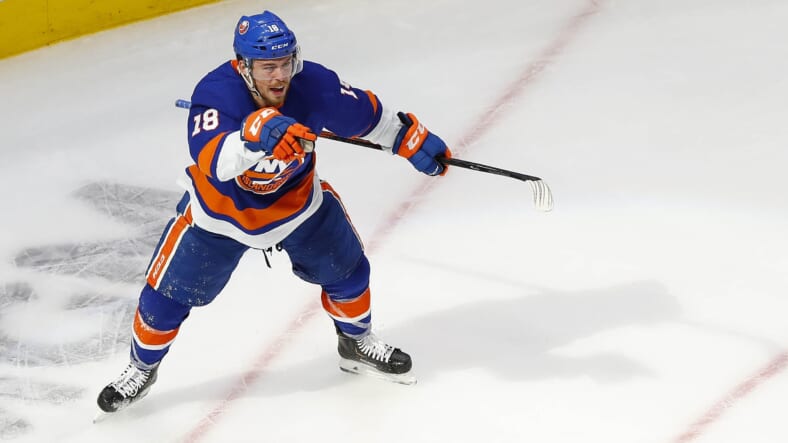 The New York Islanders season finally begins tonight after a 3-month layoff since their last game. I just want to say what a great job the NHL has done handling Coronavirus. Not a single league, other than maybe the UFC, has handled COVID-19 better than the NHL.

Back to the Islanders. This 2021 Islanders team is basically the same team as the 2020 team, but it feels different. With additions of Ilya Sorokin and other 3rd liners. The development of Noah Dobson, Oliver Wahlstrom, and Kieffer Bellows. This team, on paper, looks better than the 2020 team, even without Devon Toews. Hockey is finally back, and with a new season comes new predictions.

It’s weird when a pro-athlete scores 60 points in 68 games, and it’s a down year. But this just shows how talented Mat Barzal really is. My biggest critique of Barzal at one point was the fact that he never shot the puck. Barzal would always pass it to someone who was covered instead of taking an open shot. Barzal only took 170 shots last year, he needs to take around 220 in a full season. But then the playoffs came, and he finally started shooting the puck. And when a dangerous player gets the puck on the net, good things happen. With a good backcheck and some more effort on defense, it looks like Barzal could become a top center in this league.

This is somewhat of a bold prediction due to the goal scoring talent at the center position. Brock Nelson, JG Pageau, and Mat Barzal are normally the ones who lead the team in scoring. But, there’s something undeniable in the way that Beauvillier plays. He’s a baby flame who’s just getting ready to scorch the whole house. With linemates like Josh Bailey and Brock Nelson, there’s a big possibility that this can happen.

Adam Pelech gets in the Norris Trophy Race.

Adam Pelech has been the Islanders’ best-kept secret for the longest time. Pelech is probably the most underrated defenseman in the entire league. I would go as far as to say that Pelech is the most important player on the team. The Islanders slumped so terribly when Pelech got hurt the Isles went 10-13-7 and let up around 3 goals a game. But, when Pelech’s healthy, they went 25-10-3 and let up only around 2.5 goals a game. If the Norris trophy actually focused on defense, Pelech would’ve won it by now.

The rookie of the year goes to the 25-year-old Ilya Sorokin. There’s actually zero doubt in my mind about this. The only thing that may be holding him back is the fact that Varlamov is the starter. Sorokin was the best goalie outside of the NHL. Now that he’s here, I don’t know if anyone can stop him.