New York Islanders: Is Mike Hoffman Holding out for the island? 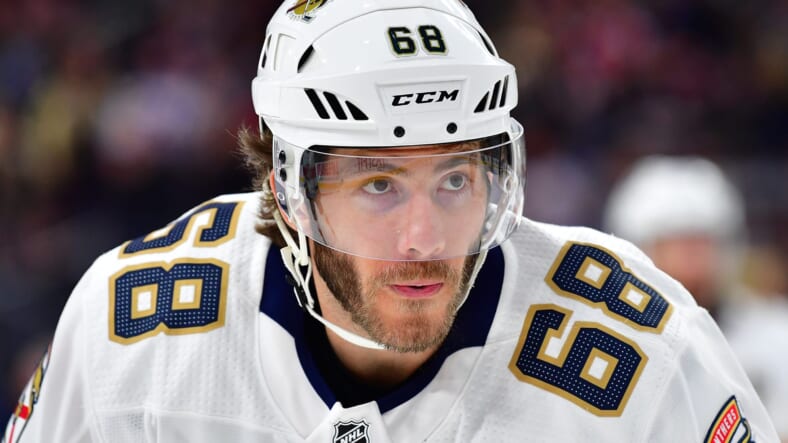 It’s been way too quiet in the NHL right now. New York Islanders‘ general manager Lou Lamoriello works in silence. You could almost say it’s been Lou Quiet. There’s one huge superstar that hasn’t signed anywhere yet. Mike Hoffman is still a free agent after about a month of free agency. This has everyone wondering, what is he waiting for? Is it possible that Lou Lamoriello has something in the works?

Hypothetically let’s say I’m right, and Lamoriello has told Hoffman to hold out for a bit. When will this deal actually happen? This deal will happen when Mat Barzal and Ryan Pulock get resigned.

Now, when is that going to happen? Either Johnny Boychuk gets traded, or it happens before training camp. There comes a point where both sides must meet in the middle; this is happening right before training camp. No one is trading for an old veteran during training camp, and I can guarantee you that. This deal will happen later in the season.

Mike Hoffman’s agent has said that they’re seeking a one year deal. This is due to the flat salary cap and the fact that it’s pretty late in the offseason. The fact that this is only a one year deal means there isn’t a ton of money involved.

I believe that his contract will look like one year, $3.5 million. Hoffman is worth a lot more than $3.5 million, but Lamoriello made him hold out till training camp. I mean, let’s be real, who’s turning down a deal to play with the best coach and one of the best teams in Hockey. It’s not like Hoffman had amazing team success in Florida. The Islanders won more rounds this year than Hoffman has ever won in his entire life. Hard to see why Hoffman wouldn’t sign here.