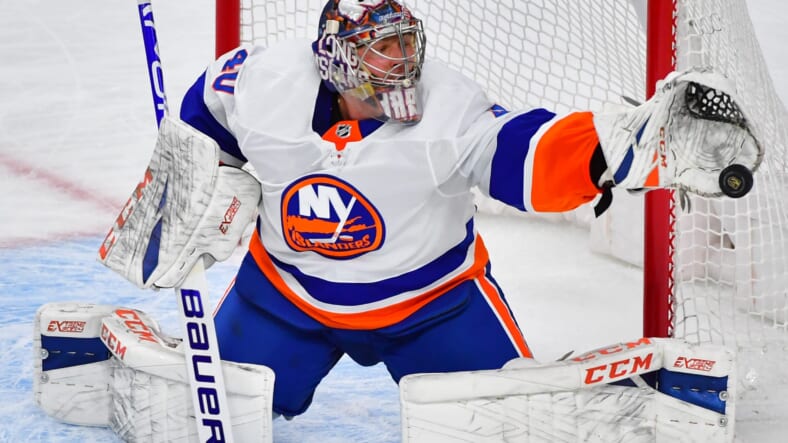 The Capitals have astounding goal scorers like Alex Ovechkin, T.J. Oshie, and Jacob Vrana. The Panthers have studs like Alexander Barkov, Mike Hoffman, and Jonathan Huberdeau. Varlamov has been shutting down top goal scorers this entire playoff run. This play has differentiated from the normal Varlamov Islander fans all know. Varlamov had a 2.62 GAA, and a .914 save percentage during this season. There could be a reason why his play has drastically changed, and his name is Ilya Sorokin.

The Islanders signed Ilya Sorokin on July 13th, 2020. Sorokin is the best goalie outside of the NHL; his stats only back that up. For the last six years, Sorokin has had a GAA under 2.00, and 5/6 years he’s had a save percentage over .930. Most recently, Sorokin boasted a .73 GAA with a .966 save percentage during the KHL playoffs. Even though the KHL playoffs ended after the first round, it’s undeniable how dominant Sorokin was. Sorokin is now bringing his talents to the Island and putting Varlamov in competition.

Varlamov being the competitor he always has been, will not go down without a fight. “Varly” has fought against good goalies all his life. Braden Holtby, Michael Neuvirth, Philipp Grubauer, and Thomas Greiss. This competition is nothing new for the longtime NHL goalie. Varlamov, as previously stated, has been standing on his head this entire playoff run. If Varlamov continues this play into next season, it will be very hard to replace him as the starter. However, if Sorokin has been creating this pressure in practice, Sorokin could be the starter next year.

Seymon Varlamov is one of the best goalies in the playoffs right now. If everything is clicking in between the pipes and the forwards are scoring gritty goals, the Islanders are a hard team to beat.