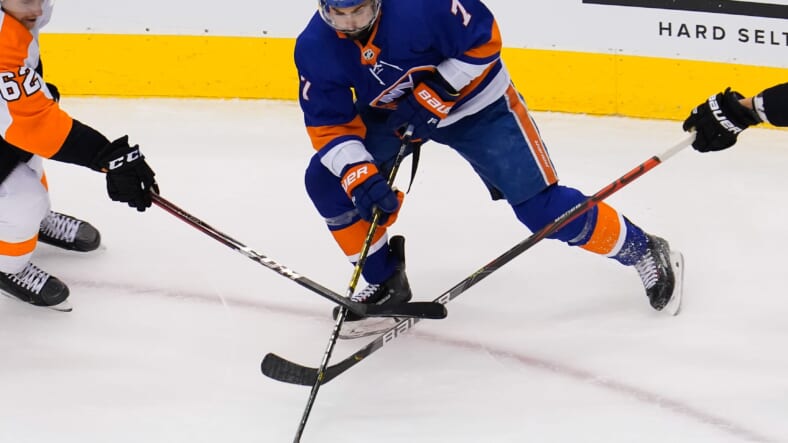 Before overtime, the Flyers had 20 shots on net, and the Islanders had 50. What was the score, you wonder? 4-4. One out of every five shots that the Flyers took went in. This is not how you win a series. Thomas Greiss is the only solution to this problem. Greiss made some huge saves during game four as the Islanders took a 3-1 lead in the series. Griess isn’t always the most reliable, but Varlamov isn’t either right now. It’s a risky move for sure, but I believe this change must occur.

Tom Kuhnhackl was excellent against the Florida Panthers and was only taken out because of the Isles’ inability to stop the power-play. Now, the Flyers’ power-play is even worse than the Islanders’. Komarov isn’t better than Kuhnhackl on offense, and the offense is what the Islanders need right now. Kuhnhackl’s forechecking works perfectly with Pageau’s ability to jump up on the defense. You can either play Kuhnhackl and get more offense or stick with Komarov and see what works.

Jordan Eberle had at least four chances to end the series last night. Playoff Eberle has fallen off the map completely. He’s taking enough shots, but none of them are going in. I believe he has to move down a line. I don’t know who you would move up because the “B-B-B” line is doing so well. Maybe moving Josh Bailey up a line is the right move, but that’s Trotz’s decision.

The Islanders only have one more shot at winning this series. This is the biggest game in Islanders’ history in 27 years. The pressure is on.