New York Islanders: Analyzing the win against the Boston Bruins 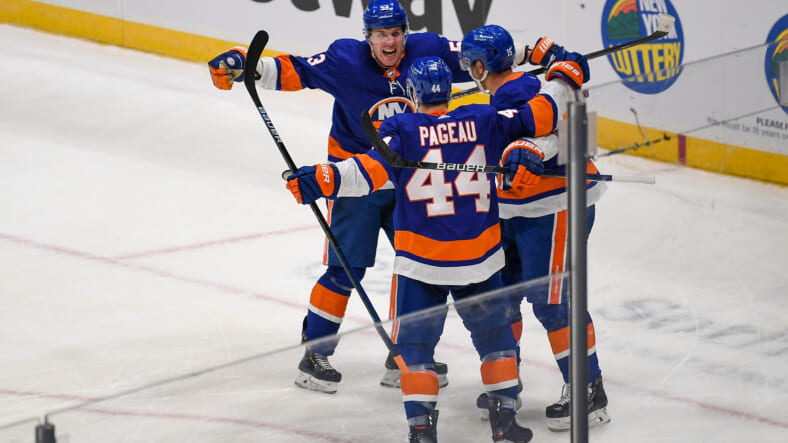 The New York Islanders have put themselves back in the win column after squeezing past the Boston Bruins. This is the Islanders’ first home win against the Bruins in 8 years. The Islanders only managed to put the puck behind Tukka Rask once. But, they only needed one goal to win, as Semyon Varlamov played another excellent game. Varlamov has played so well this season that he now holds the Islanders franchise record for most minutes played without a goal allowed.

The Islanders just looked absolutely rusty in the first period. Only 2 shots on net all period, and not much offensive zone time at all. There were a bunch of turnovers committed, and the defensemen couldn’t hold the blue line to save their lives. The only player who shined in this first period was, of course, Semyon Varlamov. He stopped all 10 shots that came his way and just overall looked very calm in between the pipes. Also, the penalty kill looked very good again.

This felt like the fastest period I’ve ever seen in Hockey. I’m not saying that the time went off the clock very quickly. But, the tempo was increased dramatically. There was no whistle for over 3 minutes at one point. Chances back n’ forth for each team, none of them converting, and the Islanders missed the net on almost all their chances. It was a setup period for what happened in the third.

The Islanders finally pieced it all together in this period. It’s hard to beat a team where everyone is giving 100% on every single shift. Players like Anders Lee, Adam Pelech, and even Jordan Eberle gave it everything they had. Cal Clutterbuck hit everything in his vision. Matt Martin surpassed 3,000 career hits, putting him in the top 5 of hits among active players. Varlamov continued to be solid in between the pipes. The forwards jumped up in the neutral zone to force turnovers, and the defensemen pinched up behind them. This all led to the lone goal of the night, a J.G. Pageau tip-in. Sometimes all you need is a lucky bounce to win, I’m sure the Islanders are glad that it went their way.