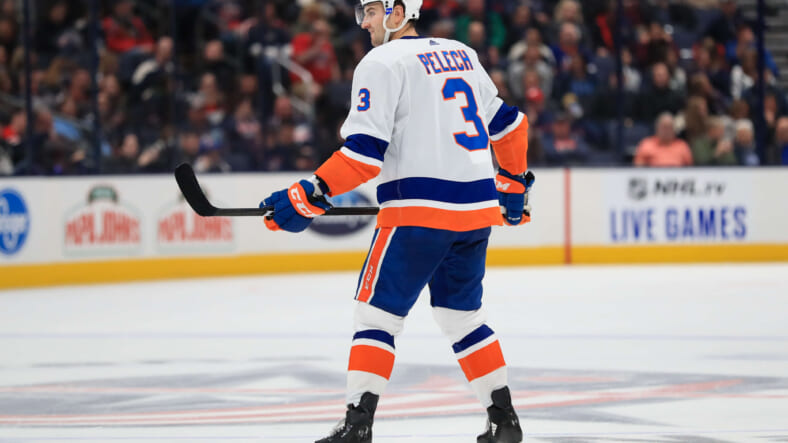 The New York Islanders have to resign key players like Anthony Beauvillier and Adam Pelech next year. Adam Pelech must be resigned right now, and there’s no debate about it. The Islanders with Pelech is like Barry Bonds with steroids.

Already a great team made even better by an outside force that’s underappreciated. The Islanders were 25-10-3 when Adam Pelech was healthy. And the second Pelech tore his Achilles, the Islanders dropped basically every game. They went 10-13-7 and were going to miss the playoffs until COVID. Let’s see what his contract would look like.

If the Islanders can sign Pelech long term, there is no way they won’t. But, the salary cap is tight on the Island, so this might end up being a bridge deal. For the sake of argument, I’m just going to say that he gets signed long term. Now, how many years does this contract entail? 6 years seems perfect for the poke check master. It’s not a short deal, and it isn’t the maximum amount. It gives flexibility for both sides if things go sour. Hopefully, it won’t. Pelech deserves some big money, but how much?

This contract is not going to be cheap at all. Adam Pelech is a top 20 defenseman in the league to people who actually know Hockey. I would even go as far as saying he would be in the Norris trophy contention if the offensive game wasn’t so heavily praised in a defenseman. Adam Pelech should earn $6-6.5 million a year for his efforts. This is a pretty generous deal for the Islanders. Pelech will take a slight pay cut to stay on the Island and win here. It’s the same thing Ryan Pulock did. Pelech will take the pay cut so the Isles can resign Beauvillier and Casey Cizikas, and others. These players aren’t greedy, that’s why they’re here.