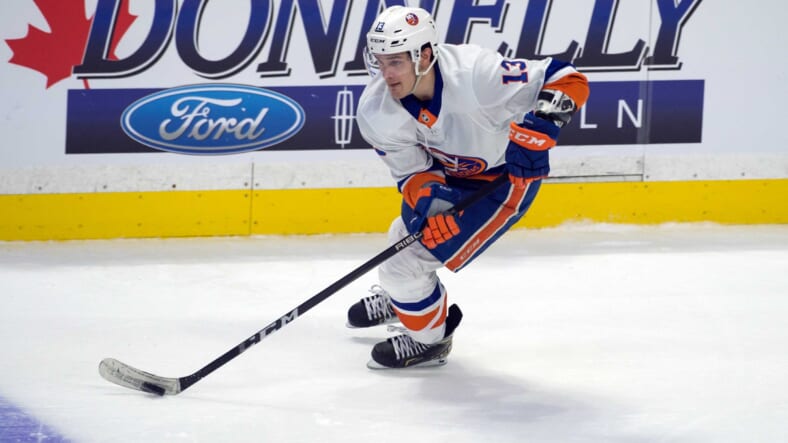 The New York Islanders prevail victorious once again after beating the New Jersey Devils with a score of 4-1. Everyone criticizes the Islanders’ ability to score, or lack thereof, but they scored in bunches last night. Yes, it does help to play against a goalie who hasn’t played in the NHL in 3 years. But Scott Wedgewood held his own and gave the Devils every chance to level the game, his defenders let him down. Lindy Ruff plays aggressive Hockey with his defenders. They normally pinch up way farther than any other team, and this leads to 2v1’s. The Islanders literally only score on 2v1’s. Nevertheless, it was a complete performance last night and proved many things to the fans.

When people look at the Islanders’ roster on paper, they say, “there’s no one who can score 30+ goals”. Enter a confident Mat Barzal, who is now shooting the puck. When Barzal shoots, the world stops for a second, and the other team prays it doesn’t go in. Last night, he walked down a defender and just sniped one into the toy department to open the scoring. Barry Trotz kept talking about how Barzal could have a 30 goal season, well if he keeps this play up, he certainly will.

Jordan Eberle is Getting Hot

Jordan Eberle has this ability to either be a top goal scorer for the Islanders’ or just completely forget how to shoot. This year, Jordan Eberle decided it’s time for him to play like playoff Eberle against the Penguins. When Eberle gets hot, it’s very hard to stop that first line. Mat Barzal laps the zone, hands it to Eberle, Eberle shoots it, and Lee taps the rebound in. That’s how this line works. This line is almost dependent on good o-zone play from Eberle. Also, I can’t forget to mention how good he’s played in the neutral zone. Stripping pucks and making hits, Trotz has to love it.

Pulock and Pelech are a Top Defensive Pairing

I don’t care if your a Ranger fan, or an Islander fan, or just a Hockey fan in general, if you do not believe that Pulock and Pelech are a top pairing, you simply don’t watch Hockey. These two defenders play so differently, but they complement each other really well. Pulock is that tough big man with a slapshot from hell and has great board control. Pelech is a smaller guy, but still big, and pokes nearly everything in his way. Jack Hughes has been a roll these past couple of games, these two defenders held him to 0 shots on the net. The two are a top pairing in the league, and it’s time they get their respect.