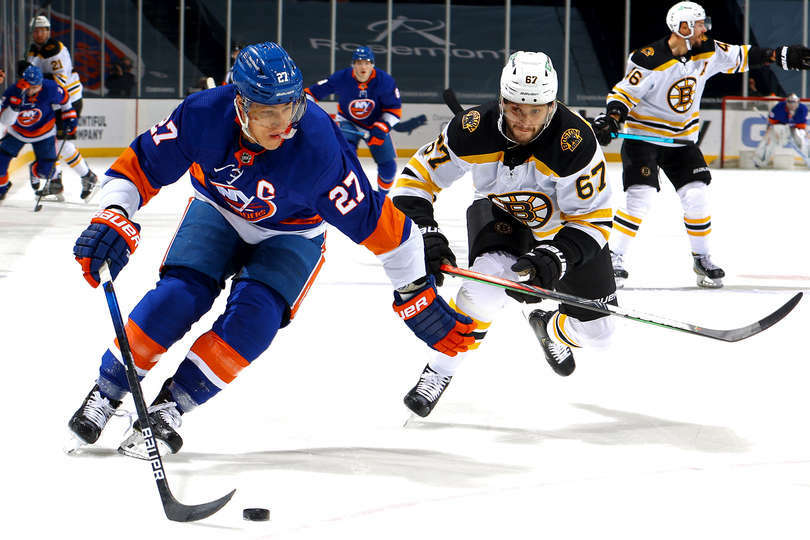 In the midst of the Islandersâ€™ excellent stretch of play over the last 17 games, something has changed from the norm when you watch them play. Itâ€™s how they are winning. Theyâ€™re gaining victories in a variety of ways.

Last nightâ€™s 2-1 win over the Bruins, their fourth against them this year and their sixth victory in a row, came in a shootout. Before that, it was three consecutive triumphs over the hapless Sabres, all coming by a 5-2 score but all in different ways.

â€œWe like being in those games, those playoff type games and we’re comfortable there and that’s how it’s going to be down the stretch there,â€ d-man Ryan Pulock said last night in the postgame.

With all due respect to Pulock, theÂ trend of his teamâ€™s string of success is showing that the Isles arenâ€™t only the kind of team that needs to play tight, low scoring games anymore, though thatâ€™s usually how head coach Barry Trotz would prefer it and how itâ€™s been the clubâ€™s MO for close to three years now. No, now they have a formidable attack that can strike at any minute and can outscore their opponent and dangerous special teams. That was evident in their three-game sweep of Buffalo. But that dynamic has also been elevated with the emergence of the third line as well, with J.G. Pageau and rookie Oliver Wahlstrom becoming a dangerous duo.

â€œMy guy. Heâ€™s just awesome,â€ Wahlstrom said over a week ago in his praise of Pageau. â€œHeâ€™s a guy I really look up to and I love being around him.â€

Defense and goaltending are still priority No. 1 for the Isles, but thereâ€™s a chance they could go very far this year by having a complete game in their arsenal. Thatâ€™s whatâ€™s developed recently in their play and itâ€™s got them riding high and feeling confident.

What once felt like a team that could only sustain winning by depending on one facet, now feels dangerous in all areas.

The Isles were finally successful in the skills competition last night. The game-winner from Anthony Beauvillier looked quite familiar to those who experience the clubâ€™s success in the shootouts for years.

IN THE TOY DEPARTMENT BRENDAN!#isles win in the shootout! pic.twitter.com/iiyCTo3jEI

Barry Trotz continues to break records while leading the Islanders to success. Yesterday marked his 1,700th game behind the bench. He joined Hall of Famer Scotty Browman and Panthers bench boss Joel Quenneville in the top-three all-time for games coached in the NHL.

Lastly, someone needs to check on Sebastian Aho after Mathew Barzalâ€™s hilarious treatment of him in warmups last night.