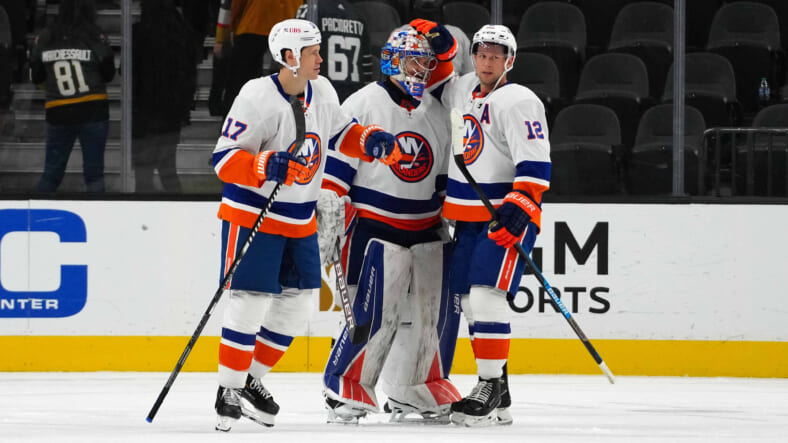 The New York Islanders are set to enjoy a healthy rest, playing just one game over the next 10 days. Despite winning their last two games, the Islanders sit at 3-2-1 on the season, losing three of their first four games. This isn’t exactly how they envisioned their start to the new campaign, as they wait patiently for the return of Anders Lee.

However, coming off a 2â€“0 victory over the Vegas Golden Knights, the Islanders havenâ€™t given up a goal in two games, marking an impressive streak for goalie Ilya Sorokin. Sorokin made 42 saves as Josh Bailey, and Matthew Barzal contributed goals in the win over Vegas.

Some might feel as though the team was just beginning to hit their stride, so a lengthy rest might disrupt their momentum. Still, they should return with Lee in the rotation and the majority of their players healthy.

Islanders’ winger Matt Martin stated the team will use the time to rest and recover, per Newday:

“Yeah, itâ€™s definitely weird schedule-wise,” Martin said. “But I think weâ€™ll try to use that time to get some rest and recover. To start the season on this long a road trip is a big challenge, and then a few guys get the flu bug. Itâ€™s going around. It gives everyone a chance to reset and get re-energized and focus on the second part of the trip.”

Others agreed that it would be a great opportunity to see family and have a few days to rest their bodies.

“Itâ€™ll be nice,” Casey Cizikas said. “I think every guy is excited to get back, see their family, have a few days at home, get the body ready again, get the mind fresh. Itâ€™s going to be nice to get back there and have a couple of days to ourselves.”

The Islanders’ next game will be against the Nashville Predators, who have just one less win than New York. However, they do feature Roman Josi, who has seven points on the year, three more than Bailey, the Islanders’ top gun, so far.