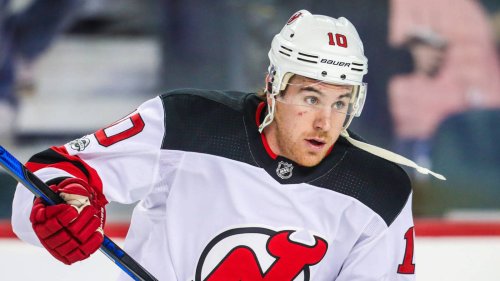 The hockey world was hit hard over the past few days with the deaths of three junior players, Rangers legend Rod Gilbert and the sudden passing of Jimmy Hayes.

The news of Hayes’ death sent shockwaves around the sport.

“The NHL family mourns the passing of Jimmy Hayes, who appeared in over 300 games with the Blackhawks, Panthers, Devils and his hometown Bruins,” the NHL said in a statement. “Our thoughts and prayers are with his family.”

Several Islanders who knew Hayes or were teammates of him shared their memories of him via social media.

“One of the best teammates you could Ask for,” Islanders’ forward Austin Czarnik tweeted moments after the news came out. Czarnik and Hayes were on the same Bruins squad together for the 2016-17 season. “Truly a great person and friend. Was a pleasure to get to know Jimmy and play with him. Prayers to the Hayes family.”

Travis Zajac, who was a teammate with Hayes for his one season in New Jersey back in 2017-18 posted a picture of he and Hayes and teammate Kyle Palmieri with the caption, “Great teammate, better person. RIP Jimmy”.

Oliver Wahlstrom, a Boston native — the place for which Hayes was considered a legend in the area for having been from Dorchester and gone on to win a national championship at Boston College — shared his thoughts via his Instagram.