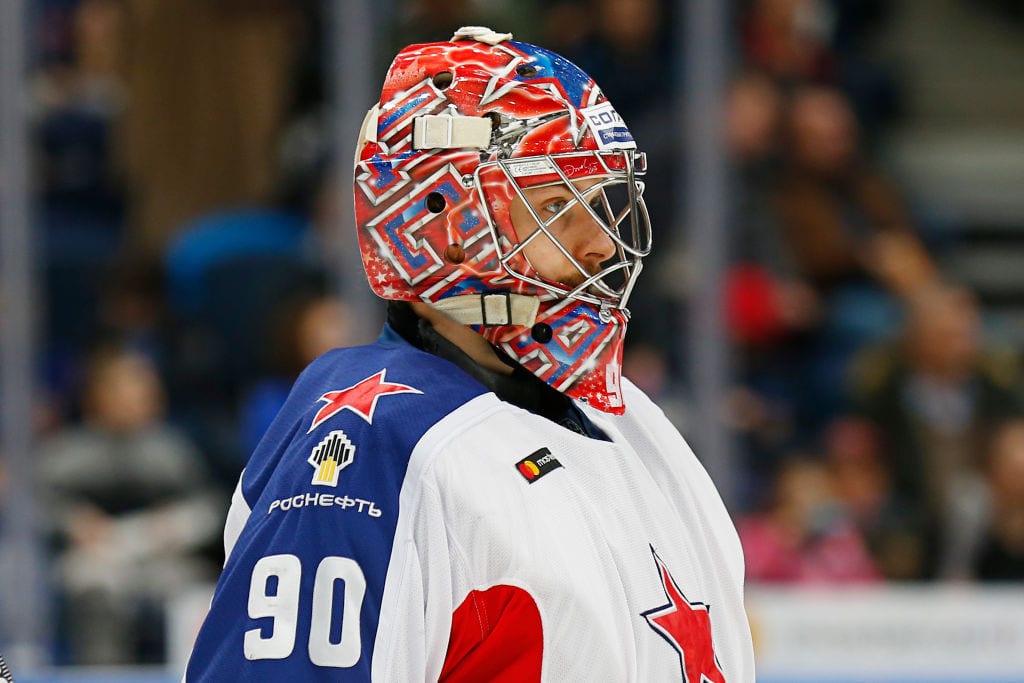 Maybe it was a mistake. Maybe it wasnâ€™t. Maybe it was just another example of the Islanders being completely overlooked again by those who say they pay the most attention to the sport (will get more to that later).

If youâ€™re an Islander fan, your reaction is probably what now?

Well that â€˜what nowâ€™ is Ilya Sorokin not even being mentioned as a possible Rookie of the Year candidate in 2021.

Yesterday Betonline.ag released some ofÂ its odds for the upcoming season in regards to individual NHL awards. One of them included the Calder.

There was only one problem: Sorokinâ€™s name was nowhere to be seen.

The Rangersâ€™ Alexis Lafreniere was there. So was Sorokinâ€™s long-time friend and Russian counterpart, Igor Shesterkin. Even New Jerseyâ€™s Ty Smith was featured on the list; his odds are at 50/1.

No disrespect to any of those players, but itâ€™s ridiculous Sorokin is not there especially the amount of hype heâ€™s generated before and since he arrived.

The lack of continued awareness â€” and even further to that, respect â€” the Islanders receive from around the league has been well documented. It came out yesterday too that neither Adam Pelech or Ryan Pulock had odds to potentially win the Norris, AND The Hockey News slated the Isles at 17th in their 2020-21 power rankings. That despite them making the postseason two years in a row and coming off a Conference Finals appearance.

Sorokin is and was the best goaltender not playing in North America the last five years. His accomplishments in Russia were legendary. Or might some have forgotten heâ€™s joining a situation where he could easily be a top-ten goalie this year with how the Isles are structured defensively.

Heâ€™s also in an organization with a â€œgoalie guruâ€ Mitch Korn and a fantastic coach â€” Piero Greco â€” who helped turn Robin Lehner into a top-end netminder and re-established Thomas Greiss as a quality goalie. In fact, Sorokin has been working with both since he arrived to North America back in August.

Pete Jensen of NHL.comÂ placed Sorokin ranked fourth in his fantasy rankings for rookies this season.

Have you gotten the point yet? No? Ok.

Sorokin is only 25. Pretty much the ripe age for a goalie to show heâ€™s one of the future stars in the sport.

Now it can be argued that he not being the number one â€” that title belongs to Semyon Varlamov â€” and probably starting as a backup could provide an argument not to have him in the Calder conversation. But as weâ€™ve seen under Barry Trotzâ€™s reign, heâ€™s willing to go with the hot hand in net. And that means if Sorokin is rolling and Varlamov isnâ€™t, heâ€™d be given top billing.

Sorokin is going to get his chance to shine and prove these â€œexpertsâ€ they are wrong, and that he should have been not only in the top five but should have top-three odds.

Obviously some donâ€™t see it that way and it goes back to him not being on yesterdayâ€™s list.

Itâ€™s wrong. And there are many who will agree, not just ones who bleed orange and blue either.

Thatâ€™s just how it is when it comes to this organization. Always having to prove the doubters wrong.

We could be sitting here a few months from now with Sorokin being the leader in the clubhouse as the top rookie in the NHL (wouldnâ€™t that be something?). Maybe then the odds will change.

Until then, Sorokin being snubbed will continue to remain ridiculous and only add more fuel to the fire for he, the Isles, and their fans.