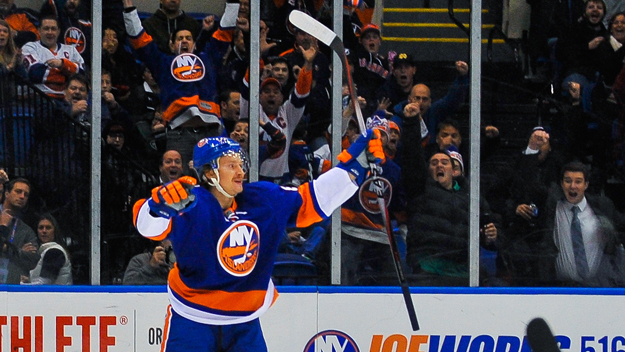 It’s been two years since Mikhail Grabovski called it a career, but the former Islander is now getting a very special honor after transitioning to coaching following his post-playing days.

On his Instagram yesterday, Grabovski confirmed he is now a part of the coaching staff of the Belarusian squad that will participate in the 2022 Winter Olympic Games in Beijing next February.

Grabovski, who was actually born in Potsdam, Germany, grew up in the country he’ll be representing. He and his family moved to Belarus when he was three, so this chance to coach really makes things come full circle.

This will be Grabovski’s first opportunity behind the bench at the international level. He’s been an assisstant with HC Dinamo Minsk of the KHL for the past two years after annoucing his retirement from playing in June 2019. (By the way, if you haven’t seen Grabovski’s retirement video, I highly recommend checking it out. Great stuff.)

As a player, Grabovski spent his junior years in Belarus suiting up for HC Yunost Minsk, the legendary squad of the Belarusian ExtraLeague. The 37-year-old had played in international competition for Belarus seven times, including the 2010 Winter Olympics.

The Belarus legend still holds a soft spot in the hearts of Islanders fans too. GrabovskiÂ played a small role in the organization’s resurgence during the middle part of the last decade. Brought to Long Island during the now memorable “Summer of Garth” — the offseason in prior to the 2014-15 season — he, Nikolay Kulemin, Jaroslav Halak, Nick Leddy and Johnny Boychuk all became Islanders, instantly adding credibiliy and resulting in a playoff berth for the first time since 2012-13.

His time on the Island was disappointing and didn’t produce nearly the results many expected due to injuries. Grabovski only appeared in 58 games over two years and recorded 44 points. But Grabovski was always remembered as a great character, which fans gravitated too.

Seeing how things ended with the Islanders, “Grabo” getting this shot now to coach on the Olympic stage is awesome. Isles fans will no doubt be rooting for him.